Artwork from the world's largest collection of works related to the Irish Famine will go on display on their new location this fall. 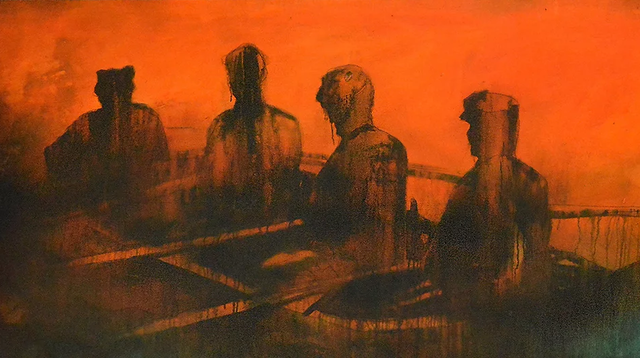 "An Gorta Mór: Selections from the Collection of Ireland’s Great Hunger Museum,” will run until Sunday, October 16. ighmfairfield

A press release from the Great Hunger Museum of Fairfield, which was selected by Quinnipiac in March to take over the running of the museum in a new home in Fairfield, said 30 pieces from the collection will be on display, including “Gorta” by Lilian Lucy Davidson; “Famine Ship” byJohn Behan; “The Leave Taking” by Margaret Lyster Chamberlain; “The Victim” by Rowan Gillespie; “The World is Full of Murder” by Brian Maguire; “FinishingTouch” by James Brenan and “Irish Peas-ant Children” by Daniel MacDonald.

They added, “Quinnipiac is making art from Ireland’s Great Hunger Museum accessible at this exhibition, while IGHM of Fairfield develops a new space to display the full collection. Earlier this year, Quinnipiac announced that it would partner with the Gaelic-American Club in its support of the newly formed IGHM of Fairfield to serve as the new location for Ireland's Great Hunger Museum collection. This move ensures the collection remains intact in Connecticut, places it at the heart of an already vibrant Irish-American community and preserves the story of the great hunger and its vital historical significance for future generations.“

The Fairfield Museum and History Center is open daily from 10 a.m. to 4 p.m.Admission to the exhibition is free to museum members. Non-member adults payv$5, while senior citizens and students pay $3. Children ages five and under are free. For more information, visit fairfieldhistory.org.

To join the IGHM of Fairfield email list visit ighmfairfield.wixsite.com/ighmf. The Fairfield Museum and History Center is located at 370 Beach Rd, Fairfield, CT 06824.