Perched on a hill overlooking a sandy beach and The Atlantic Ocean, it's easy to see why a writer would be drawn to this part of the world 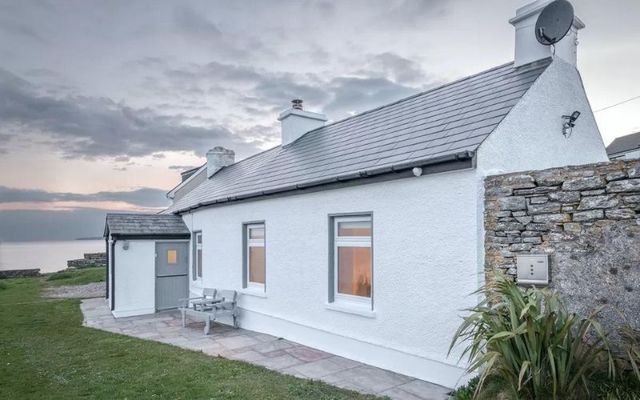 A New York Times contributor bought the coastal cottage in 1967 in the small village of Guileen, County Cork and now it’s on the market and could be yours.

Guileen, a small village on the southeastern coast of Ireland is where Jackie Chan, an Italian-American writer, called her holiday home for six months of the year.

She chose a small cottage called The Anchorage, meaning an area off the coast that is suitable for a ship to anchor, as her home in Ireland.

Originally built in c. 1900, the house can be traced back to the period known as the Great Hunger in Ireland and began its life as two famine cottages. Perched on a hill overlooking a sandy beach and The Atlantic Ocean, it's easy to see why a writer would be drawn to this part of the world. 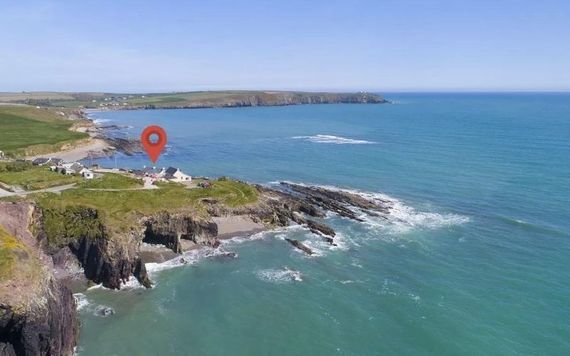 The location of The Anchorage cottage. Daft.ie

According to the Irish Examiner, the current owner bought The Anchorage from Jackie in 2010, a year before she passed away, aged 89. She recalls Jackie as quite a character in the village of Guileen, having established herself as a regular visitor after she bought the house in 1967.

Jackie sold up a couple of years after a fire destroyed her writings in the noughties, which also required her to re-roof the cottage.

These days the cottage looks a little different from its famine roots, after getting a makeover in 2012 that involved added an expansion of kitchen/dining area to the rear, with vaulted ceiling, Velux windows, and double doors to a sheltered patio. 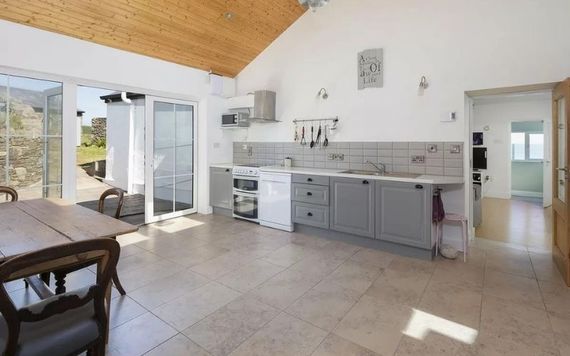 Inside the cottage. Daft.ie

Another bedroom was added to the rear of the cottage, increasing it to a three-bedroom home.

The front of the property has uninterrupted panoramic sea views along with views of Guileen Beach.  There is a sheltered, secluded decking area to the rear of the cottage.  The property has off-street parking, an old stone garden shed with a cobbled floor, and an old stone ruin with a fire pit. 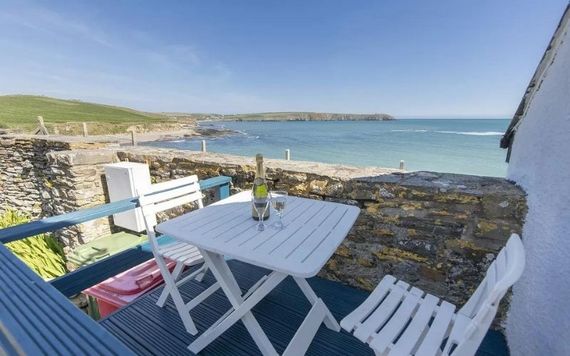 The property website Daft.ie, describes the accommodation as "comfortable with a nautical theme throughout and offers potential purchasers the opportunity to experience coastal country living at its best. This property is located in an unspoilt location only a short distance from Roches Point and Whitegate village  The location is ideal for those seeking the peace and tranquillity of the countryside but yet it offers an easy commute to Midleton and Cork city.”