Johanne, Susan, Marcia, and Dorothy Gallagher are raffling off their family home along the Wild Atlantic Way in addition to $70,000. 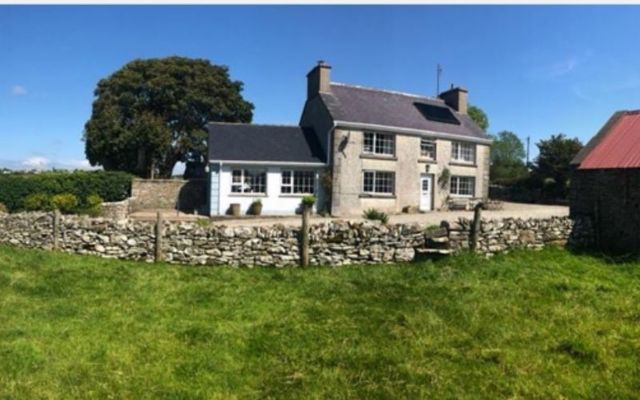 The Gallagher's farmhouse also features a hostel and a campsite on a 1.59-acre site. Raffall.com

Four Donegal sisters are raffling off their family home along the Wild Atlantic Way along with a £50,000 ($70,000) cash prize.

Johanne, Susan, Marcia, and Dorothy Gallagher, known in Donegal as the "Gallagher Girls", are raffling off the enchanting south-west Donegal home at £10 per ticket.

The home once belonged to the Gallagher's parents, Ben and Lyndall, who sadly died within eight weeks of each other in 2018 and the Gallagher sisters are generously donating 5% of all proceeds to the Beaumont Hospital Foundation for the hospital's neurosurgery department in honor of their parents.

The charming farmhouse sits on 1.59 acres of land and features a modern extension and amenities in addition to a second building that once served as a seasonal hostel and campsite.

Located in Bruckless, the property is fully-furnished and mortgage-free with all legal fees and stamp duty paid.

The three-bedroom farmhouse features a modern extension that could be converted into a fourth bedroom, while the kitchen and living room feature a wide range of furniture.

The Gallagher sisters hope to honor their late parents by raffling the house and raising money for charity.

Ben Gallagher met his future wife Lyndall in Sydney, Australia, during the 1960s. The couple married in 1968 and moved back to Ireland where they fell in love with the farmhouse in Bruckless.

The couple planned to farm and bring up their five daughters at the property in Donegal, but a spinal injury that Ben Gallagher sustained in Sydney cut his farming career short.

Instead, the couple set up a new business and converted the farm buildings on the property into a season hostel and campsite.

They lived at the property throughout their marriage and died eight weeks apart in 2018.

Ben Gallagher died just one week before the couple's 50th anniversary, while his wife Lyndall eight weeks later due to complications from a brain tumor.

The family is making the donation to the Beaumont Hospital Foundation in order to thank the neurosurgery team at Beaumont Hospital for all their incredible work and for giving the family 18 additional precious months with their mother.

Click here to enter the raffle and find out more.