The West's awake! Galway, the home of the famous International Arts Festival, is taking it up a notch this year by becoming the European Capital of Culture 2020. 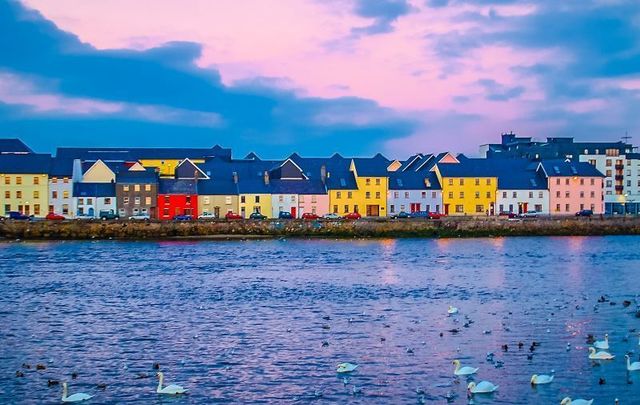 The West's awake as Galway gets ready to be the European Capital of Culture 2020. Getty Images

The West's awake! Galway, the home of the famous International Arts Festival, is taking it up a notch this year by becoming the European Capital of Culture 2020.

In an unprecedented year-long cultural program to highlight the richness and diversity of Irish and European culture, it's a once in a lifetime global showcase of what makes the City of the Tribes so special. 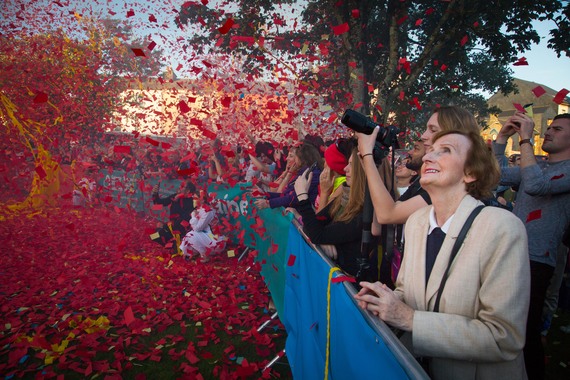 “The message we are trying to get across is to alert the public to the scale and range of the work that's on offer in the city and county though all the 2020 events,” Galway 2020 Chair Arthur Lappin tells IrishCentral.com.

The idea for the European City of Culture itself began back in 1985 with a plan to put specific (and sometimes overlooked) regions at the heart of cultural life across Europe. That aim was ambitious but it took off immediately and along the way it helped to improve the quality of life in each of the selected regions, strengthening their sense of community as it did so.

“I think the huge thing that we're trying to communicate is that the City of Culture 2020 will be spectacular and on a scale never before seen in Ireland. And we're very conscious in our programming of trying to ensure that this will play out at community level, instead of a top down way."

"We're already seeing some of the smaller towns and villages around County Galway who would not have seen themselves in that cultural context before beginning to embrace us and producing remarkable work of their own.” 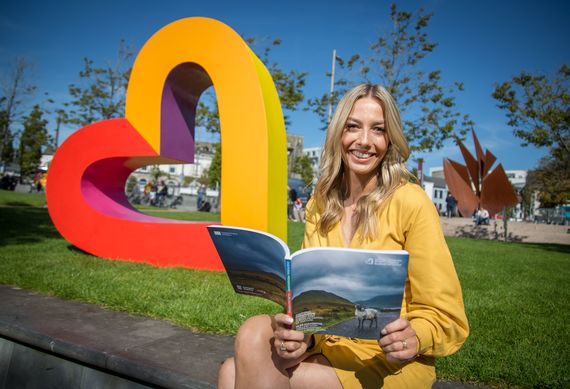 Lappin happily admits that Galway could not have made a bid for the designation of European Capital of Culture were it not for the hugely rich arts legacy from the likes of Druid and Macnas theatre companies and the annual international arts festival, thanking them for the work they have done over the past 30 and 40 years.

“The objective is not to be competitive with anything that's already in Galway but to be complementary to it,” he explains. “What we're doing is trying to engage as many people as possible. That why the three touchstones of the events will involve language, landscape, and migration.”

Migration will give the city a chance to explore and celebrate the diversity of cultures in Europe, with the city and county as backdrop. Landscape will challenge all participants to get to grips with the issues affecting the local rural and marine landscape. Language will allow the festival to explore and promote the many languages of Europe and encourage visitors to engage with the sheer diversity of that inheritance.

“They're all very consciously stitched into the fabric of our program,” Lappin says. “Language will be obvious in the sense that we the only official Irish speaking city in the country. It's also speaks to the fact that 24% of the population go away or were born in a country other than Ireland.”

The aforementioned Druid will return to their roots this summer by offering a series of some of the greatest one-act plays in the Irish repertoire.

Plays will include The Rising of the Moon and The Gaol Gate by Lady Gregory; A Pound on Demand, Bedtime Story by Sean O’Casey; The Briery Gap by TC Murray; The King of Spain’s Daughter by Teresa Deevy and On the Outside by Tom Murphy.

Prior to that, from May 1 to 9, the Galway Theatre Festival will feature nine days of exciting theatre, circus, spectacle and storytelling across the city. Then Macnas will unveil their epic telling of the myth of Gilgamesh in four stages across a number of locations beginning April through December. A spectacle, a parade, a theater performance, and an epilogue, it ranks among the most ambitious works the company have ever staged.

“Just be aware this will be literally one the biggest cultural events held anywhere in the world, but certainly in Europe and by Irish standards, it will be by far the biggest event that as Ireland has ever, ever hosted in terms of capital investments and scale. It's on the magnitude is we've never experienced before in Ireland.

To learn more about Galway Capital of Culture 2020 visit galway2020.ie.

Will you be traveling to Galway this year? Tell us about your plans in the comments!