Did you know there's many traditions, not ancient or even old, but new modern Ireland traditions you'll see taking place at most Irish weddings? 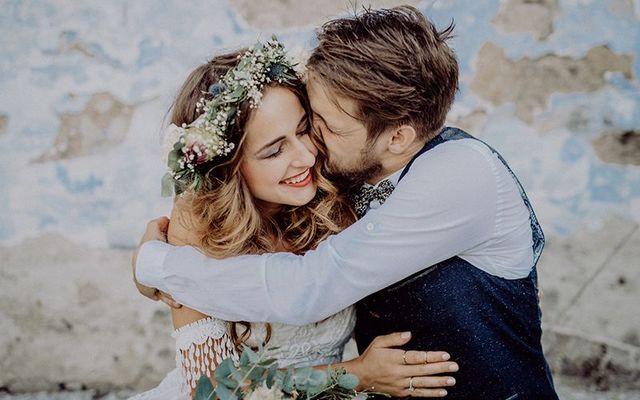 Weddings in Ireland are huge! But did you know there's many traditions, not ancient or even old, but new modern Ireland traditions you'll see taking place at most Irish weddings?

Irish weddings are big business and while in post-Celtic Tiger Ireland they are more low-key and intimate it's estimated there are over 30,000 wedding a year! That means there will be literally thousands of opportunities for fools to make eejits of themselves.

What am I talking about? Well, we're not talking about the old-style weddings but rather the new traditions which have taken over the Irish wedding.

While an Irish wedding has many religious and ceremonial traditions, in more recent times some rather odd practices have seeped into the wedding reception.

Below are some of the traditions taking place around the country of Ireland every single weekend.

For instance, it wouldn’t be an Irish wedding without:

All the guests, including the bride who has probably paid two months’ salary on her wedding dress, sit on the floor of the reception hall in rows of four and five and rock back and forth for 10 minutes to the song, "Rock the Boat," by The Hues Corporation.

It's a huge thing over here. Don't believe us here's Rock the Boat being performed at an Irish local fair:

When the music has finished up for the night, the band is long gone, the DJ is packing up his equipment and the hotel staff are eager to clear the wedding guests out of the function room because it’s 3 am, nestled in the corner of the room are some of the newlywed’s older relations. 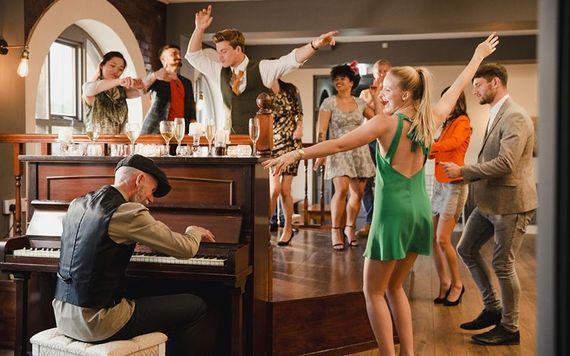 The good, the bad, and the ugly... there's always some kind of sing-a-long at an Irish wedding.

Out of nowhere comes a blast of “Oh Danny Boy” or “Whiskey in the Jar” from an uncle, usually hoarse and drunk as a skunk. He blows the first verse of the Irish ballad and within seconds the guests of the room congregate around this “wonderful” singer and for the next two hours a good auld Irish sing-song ensues.

This one is pretty special!

Posted by IrishCentral.com on Monday, December 11, 2017

An Irish wedding wouldn’t be the same if, at some point towards the end of the night (when enough beer is consumed) several of the male guests (often including the groom and his wedding party) will take to the floor and show the room how Riverdance should have really been choreographed. Shirts open, ties around foreheads, pants rolled up to knees and shoes abandoned in corner, the men of Ireland spend anything up to 20 minutes prancing around the room (not an Irish dancing step between them), bouncing off each other, leaping high in the air, shuffling their feet back and forth in small moves and exploding into a high kick.

It might be the most unchoreographed dance ever seen in Ireland, but it sure does go down a treat at an Irish wedding!

These lads are pros... the untrained aren't so good but great craic all the same!

Watch these groomsmen wow the wedding with a spectacular Irish dance! Video via Rob Wilson Learn about other Irish wedding traditions here: http://irsh.us/2llDYIB

Posted by IrishCentral.com on Thursday, December 28, 2017

It’s mainly the bride or groom’s (or sometimes both) alcoholic uncle or aunt that is the culprit. Such unruly behavior consists of placing hands on areas of the bride’s body that are reserved for only her husband while dancing to a slow song.

Other incidents may include a drunk relation taking the microphone from the band and trying to sing a song that no one can understand the words of, making an inappropriate speech when not asked to at the dinner or shouting never-to-spoken-again remarks at the bride and groom during their first dance.

In each of the above incidents, the bride and groom just suck it up and pass it off as one for the books. 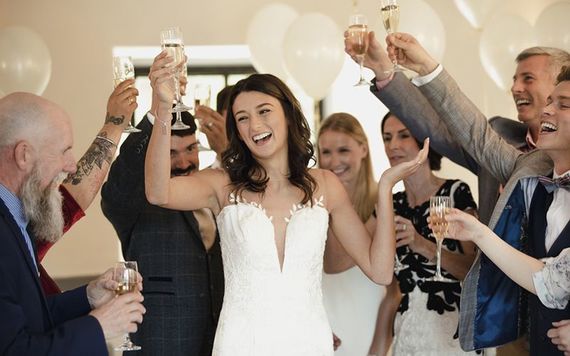 Irish wedding dancing! Circle around that bride and groom now...DANCE!

It wouldn’t be an Irish wedding without entire guest list forming a circle around the bride and groom at the end of the night and singing various songs. However, this sometimes leads to a dance-off, especially with the younger crowd. Some fella might think it’s a good idea to join the bride and groom in the circle and throw some peculiar shapes.

Not wanting his friend to go at it alone, another fella will almost certainly join him and together the two will go head-to-head in a dance-off. Although the bride and grown are side swept the guests go wild for it and after half of the lads (and sometimes the wild women) in attendance do their thing, it’s back to circling the bride and groom – that is if they haven’t already taken off to bed!