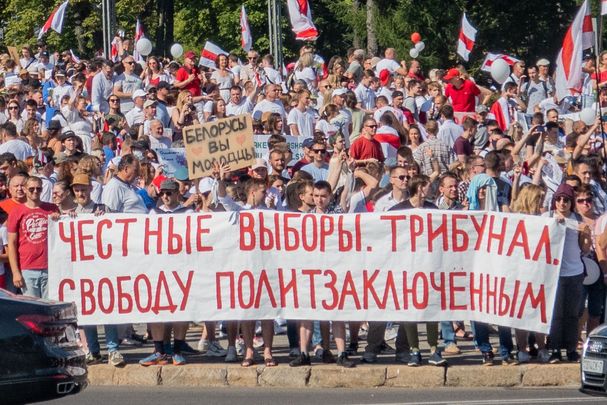 Behind the Headlines' panel discussion, Women and Resistance in Belarus and Poland will stream online on Thurs, Dec 10, 2020, at 7pm (Irish time).

The recent anti-government protests in Belarus and Poland have attracted significant media attention across the world, with commentators highlighting not only the remarkable resilience of the protesters in the face of violence but also the predominance of women at the forefront of the protests themselves. In this Behind the Headlines discussion, our panel of experts will address the background to the demonstrations in each country before considering the key role played by the protestors -- and particularly the women involved -- in mobilising an effective and enduring opposition.

Register for this free event here or watch live on IrishCentral's Facebook on Dec 10, at 7pm (Irish time).

Here is a line up of the speakers for the panel discussion Women and Resistance in Belarus and Poland: 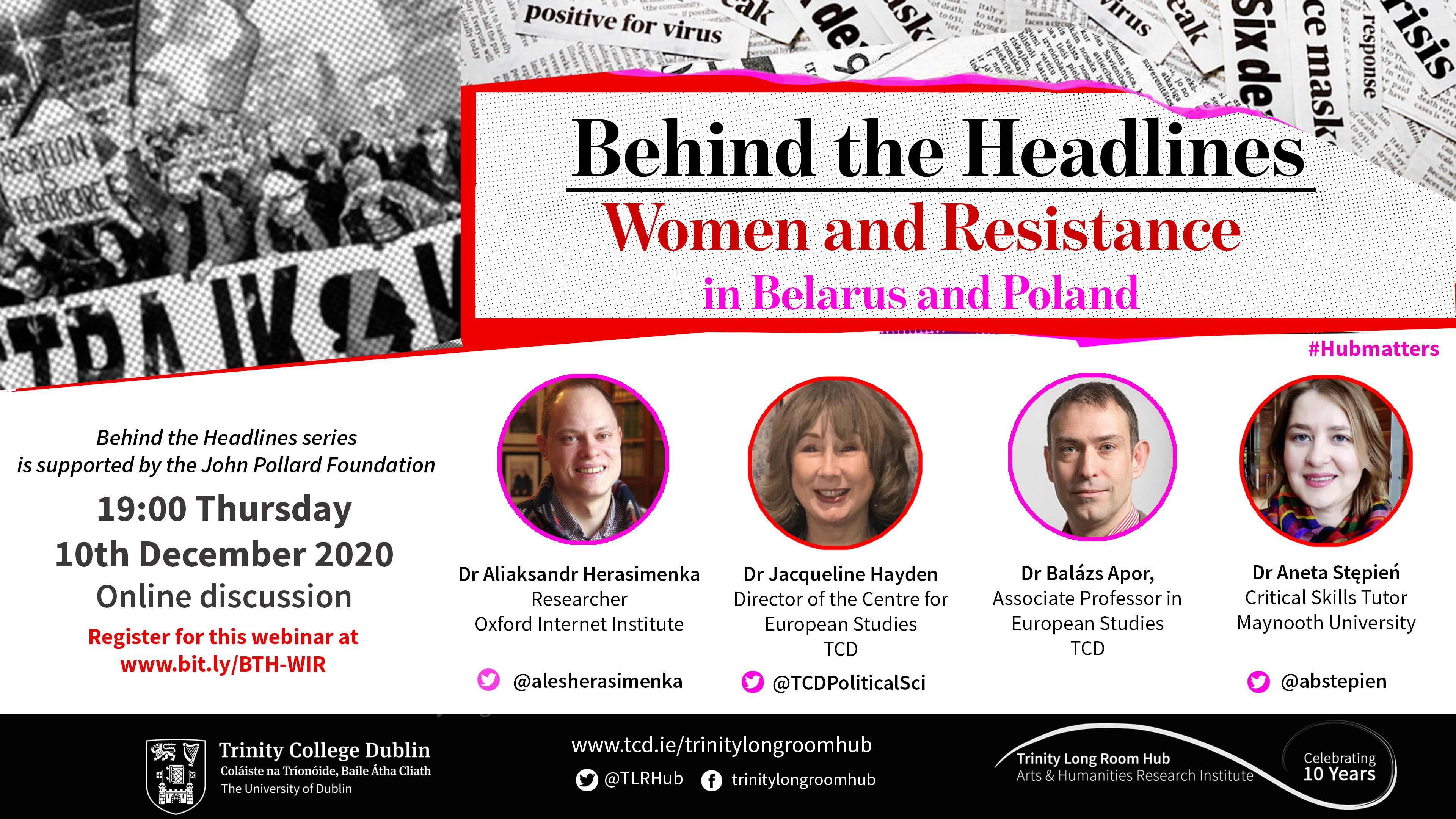 Behind the Headlines' panel discussion, Women and Resistance in Belarus and Poland.

Dr Jacqueline Hayden: What went wrong – how women ended being the losers in Poland’s ‘democratic’ transition?

In her talk, Dr Hayden will ask "how the umbrella movement of many colours that helped topple Poland’s communist regime has morphed into an ally of today’s populist government, which has undermined much of Poland’s democratic progress since 1989..”

"In seeking to institutionalise an ethnic-Catholic vision of the nation, both church and state in Poland have launched an attack on modernity. Women and the LGBT+ community have been the victims of this assault.”

Director of the Centre for European Studies, TCD, Dr Hayden is director of the Centre for European Studies at Trinity College Dublin and author of Poles Apart: Solidarity and the New Poland and The Collapse of Communist Power in Poland: Strategic Misperceptions and Unanticipated Outcomes. She was awarded the Knight’s Cross of the Order of Merit of the Republic of Poland in 2013 for her support for democratization.

Her archive of over 65 interviews with key activists in Poland’s transition from communism contains recordings from 1980 -2013 and includes repeated interviews with both opposition and communist party leaders such as Lech Wałęsa and General Wojciech Jaruzelski.

Dr Aliaksandr Herasimenka: Leading protests on and behind the scenes: Lessons from Belarus

Dr Herasimenka will explore the lessons from the role of women in the post-election 2020 protests in Belarus and how women played an important role as the symbolic leaders of the movement.

Dr Aneta Stępień: SIGNS of the (feminist) revolution in Poland

Dr Aneta Stępień will discuss the Women’s Protest in Poland, a movement that emerged in September 2016 as a wave of manifestations against the governmental proposal of restricting the abortion law. She will look at “ the visual signs, expressions and slogans, which came to define the Women’s Protest in November 2020.”

Dr Aneta Stępień is a university tutor in Critical Skills Programme at Maynooth University. She has taught Polish language and literature, cultures of Central and Eastern Europe and gender at the universities of Glasgow, Surrey and Trinity College Dublin. Her recent article “Women’s Organizations and Antisemitism: The First Parliamentary Elections in Independent Poland” (2020) appeared in Nationalities Papers.

Balázs Apor: The protests in Belarus and Poland: a comparative overview

Dr Apor's talk will address the protests in Belarus and Poland from a comparative angle, highlighting common patterns as well as differences between the two movements. He will "reflect on the remarkable endurance of the two demonstrations, the various tactics that are deployed by the protesters, the role of women in the mobilisation of social groups, and possible future prospects for the protests."

Dr Apor is an associate professor in European Studies at Trinity College Dublin. Dr Apor is a historian of Central and Eastern Europe in the 20th Century, with a special focus on the Communist period. His research interests include the study of propaganda and symbolic politics under Communist rule and the Sovietisation of Eastern Europe after the Second World War.

The Trinity Long Room Hub’s ‘Behind the Headlines’ discussion series draws on the expertise of distinguished panel contributors to explore contemporary issues in the broad contexts of Arts and Humanities research. Introduced in 2015, the series provides a forum for public understanding and creates a valuable space for informed and respectful public discourse. Find out more about Behind the Headlines series here

Register for this free event here or watch live on IrishCentral's Facebook on Dec 10, at 7pm (Irish time).