Top tips for understanding hurling, the fastest field sport in the world

Ahead of the 2019 New York Hurling Classic in Citifield, New York, here are the tips you need to become a pro-supporter. 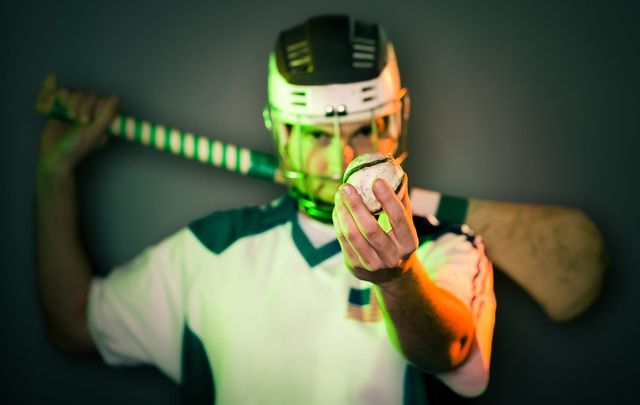 Ahead of the 2019 New York Hurling Classic in Citifield, New York, here are the tips you need to become a pro-supporter.

Never seen a game of hurling before? Now it is your chance! On Saturday, November 16, hurling will take over Citifield, the home of the Mets, in Queens, New York, as four Irish counties compete for the Players Champions Cup.

While there are already plenty of amazing hurling supporters across America, for those of you who have yet to experience the magic that is GAA, this will be the perfect opportunity to get to grips with one of Ireland's best sports.

And there's no need to fret about not knowing the ins and outs of the game because we have a quick rundown of the most important facts you need to take you from kick-off to the final whistle. For the Hurling Classic, a special version of the game named "Super 11s" will be played. Below are the general rules and how the "Super 11s" will differ.

Tickets for the New York Hurling Classic are on sale here.

For Super 11s, only goals under the crossbar into the net can be scored. A goal scored within the designated defensive zone will be worth three points and one scored outside of that will be worth five.

3. A game lasts for generally 70 minutes, 35 minutes per half. Stoppage time can be added to the end of each half.  For the benefit of the NY Hurling Classic, games will last 40 minutes to accommodate the full tournament.

4. A sliotar can be caught in the hand but not carried for more than four steps.

5. The sliotar can also be struck in the air or struck on the ground with the hurl.

8. Players may be tackled while they have the sliotar. Types of tackling include the block,  where one player attempts to smother an opposing player's strike by trapping the ball between his hurley and the opponent's swinging hurl.

9. Players can be cautioned by the referee with a yellow card or dismissed from the game with a red card. The referee is joined by two linesmen, sideline officials, and four umpires, one on either side of the goalposts. Hawkeye technology was also recently introduced in two Irish stadiums.

When there are 11 players, the team consists of two players instead of three in each line: a goalkeeper, two fullbacks, two halfbacks, two midfield players, two half forwards and two full forwards.

During the NY Hurling Classic, four Irish senior hurling teams – newly-crowned All-Ireland champs Tipperary, runner-up Kilkenny, Wexford, and Limerick – will take part in a three-game tournament, with each of the games running 40 minutes in duration. Limerick will defend the Players Champions Cup, having won the 2018 Fenway Hurling Classic with a 38-30 victory over Cork.

You can buy tickets for the event here or if you're feeling lucky, why not enter our competition below for a chance to receive a pair of VIP tickets to the classic or a pair of general admission tickets. We have two pairs of VIP tickets and 15 pairs of general admission tickets up for grabs. Winner will have to make their own way to Citifield, so, unfortunately, this competition is open to the US only.

The competition closes this Thursday at 12 pm EST. Winners will be notified by email and their tickets will be available for collection from will call at Citi Field. Winners will be picked at random.

**THIS COMPETITION IS NOW CLOSED.**

Tickets for the New York Hurling Classic are on sale here.