Ireland hosted the fourth of the six-stop 2021 Red Bull Cliff Diving World Series at the historic and picturesque location of Downpatrick Head. 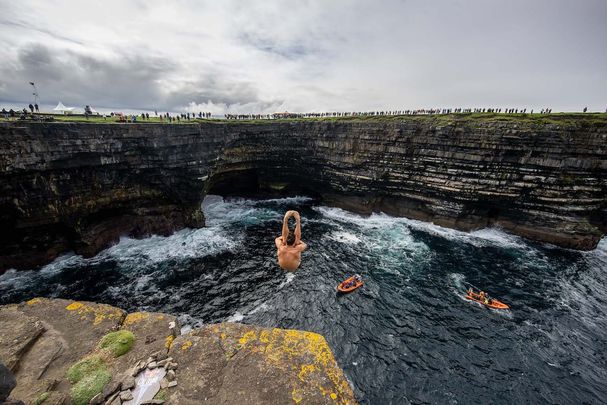 Twenty-four of the world’s best cliff divers faced possibly their toughest test yet as they leaped, twisted, and somersaulted from heights of up to 27-meters and at speeds in excess of 85km/h, off the rugged cliffs and into the wild Atlantic below.

On a weekend that will go down in cliff diving history, a record 23 tens (top scores) were handed out, two perfect dives were recorded in a single stop for the first time ever, and Carlow Gimeno became the first diver ever to perform a handstand dive directly off the rocks during the first round.

Four-time World Series champion, Australia’s Rhiannan Iffland secured first place in the women’s competition with 391 points on her 11th consecutive win. Rhiannan blew her rivals out of the water with a sensational "perfect dive", earning five 10s from the judges for the first time in her career. The first woman to achieve this feat, she also surpassed her own record for the highest single dive score.

Joining Iffland on the podium were Canada’s Jessica Macaulay in second place and a fellow Aussie, wildcard Xantheia Pennisi, who put on a career-best display to make the top three for the first time.

“It feels great to be on top of the podium once again,” said Iffland. “I was feeding a little bit from my training partner Xantheia Pennisi as well. Coming into the last two rounds today it was neck and neck and I think I really ate up the pressure and I enjoyed it."

She added "I’m super stoked and I guess I’ve got to figure out ways to spice it up and keep pushing myself. I guess I can kind of relax a little bit now and enjoy the competitions a little bit more. Saying that I still want to go out there and give it my all to break those scores again. This is what I’m aiming for next.” 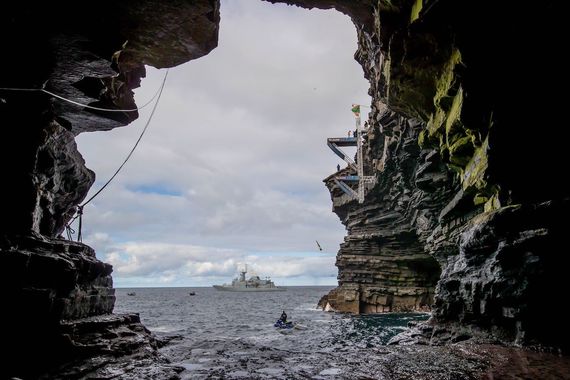 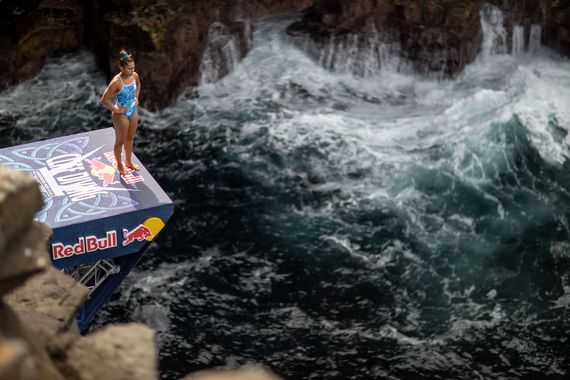 It is a testament to Hunt’s character, ability, and all-around mental strength that he managed to hold off this marauding challenge from the chasing pack to climb back on top of the podium again. Popovici took second place, while De Rose made the top three for the first time since 2017.

“From Italy I expect fireworks,” said Hunt after his win. “I feel like everyone is really getting into their stride. You’ve seen how many 10s have been awarded this competition and everyone is getting comfortable. It will be really, really tough, but that’s what I love about this sport. It’s going to get tougher every year and let’s hope to finish this season with a bang.” 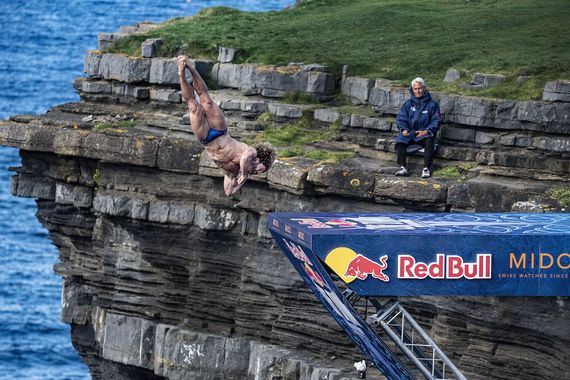 The divers will continue their fight for the King Kahekili trophy at the first stop of an Italian doubleheader in Puglia on Sept 22.

Since 2009 the Red Bull Cliff Diving World Series has provided a platform for aesthetic freefalls and dives of ever-growing complexity, spotlighting the sport’s finest athletes as well as the most promising breakthrough talents. A pure extreme sport, the World Series is hosted in exceptional locations where athletes launch from rocks, historical bridges, or next to waterfalls while ensuring environmental responsibility and increasing awareness for the sustainability of our planet.