A seven-year-old boy who sent a birthday card to his dad “in heaven” received a letter from the Royal Mail saying it had been safely delivered. 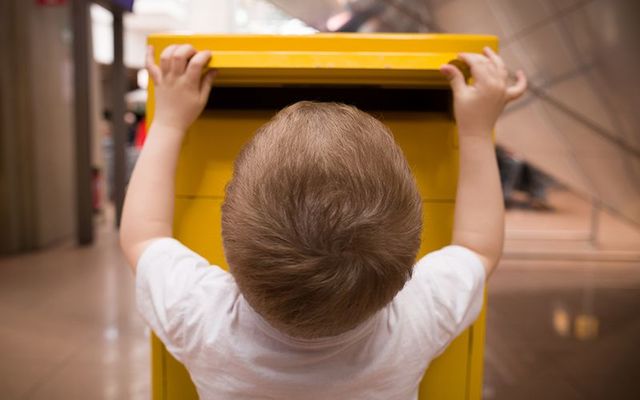 A seven-year-old boy mailed a birthday card to his father in "heaven." Getty Images

A seven-year-old boy who sent a birthday card to his dad “in heaven” received a letter from the Royal Mail saying it had been safely delivered.

Jase Hyndman, from West Lothian, sent an envelope addressed to “heaven” and in return received a letter from the Royal Mail’s Sean Milligan, which wrote,””I just wanted to take this opportunity to contact you about how we succeeded in the delivery of your letter, to your dad in heaven.

"This was a difficult challenge avoiding stars and other galactic objects on route to heaven," the note added.

It concluded: "I will continue to do all I can to ensure delivery to heaven safely."

Jase’s mother, Teri Copland said: "I actually cannot state how emotional he is knowing his dad got his card.

Jase and his sister Neive, 10, remember their father’s birthday every year since he died in May 2014.

Copland said: "He was overwhelmed and kept saying 'my dad really got my letter mum'... I've always told Neive and Jase even if you can't get anyone a present it's always nice to make sure you send a card at Christmas and birthdays.

"I want people to realize that a small gesture of kindness can have such a fantastic impact on someone's life... Royal Mail actually took part and that gives me so much comfort."