Storyteller Batt Burns and author Richard Graves are set to meet this year in Sneem, County Kerry after meeting in the village nearly 60 years ago. 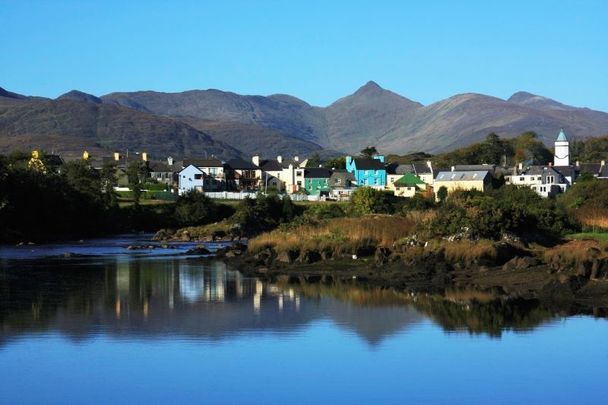 Batt Burns, of Sneem, Co Kerry is set to meet again with author Richard Graves, of Bristol, England, for the Sneem International Storytelling and Folklore Festival after they first met in 1965 when Richard was retracing his family's history.

Richard Graves made a trip to Sneem in 1965 to retrace his family’s history. The author of 20 biographies descends from a rich literary legacy, including his grandfather, Anglo-Irish poet Alfred Perceval Graves (APG), and his uncle, poet and novelist Robert Graves.

During his summer trip, Richard, who was 19 at the time, stayed with Batt Burns, who is a Seanachie (storyteller) and Irish Studies teacher who grew up in the village.

And by chance, they were both quoted in an article about the ballad of Father O’Flynn, a song which was written by APG about an unlikely friendship between a Protestant and Catholic priest.

Reflecting on his trip to Sneem, Richard, now 73, says: “I recognised Batt’s name straight away. I was welcomed by him and his family and we spent an evening, with around 20 of his relatives, singing and reciting poetry.

“The local priest turned up at the party and introduced me to Irish whiskey. Despite the whiskey, it was a very memorable trip and I would return to live in Ireland some years later.”

Batt and Richard have since got back in touch and reminisced about the 1960s and changes in the area.

Batt has now invited Richard, who has lectured widely on literary subjects, notably on the poets of the Great War of 1914-1918, to speak at the annual Sneem International Storytelling & Folklore Festival. The event, which celebrates the ancient art of yarn-spinning with artists of all ages, will run from November 11 to 13 this year.

Batt, who founded the event in 2011 to help preserve the Irish storytelling heritage, said: “We look forward to hosting Richard at the next festival, which promises to be the best yet.

“Richard has a unique family link with Bishop Graves, APG, and Robert Graves. He has many interesting stories to tell, as an author, lecturer, and man with strong links to Sneem.”

The pair were set to meet two years ago, but had to postpone due to Covid-19.

Richard’s great grandfather was the Reverend Charles Graves, the Anglican Bishop of Limerick, Ardfert, and Agadoe.

The family’s holiday home in Parknasilla, Sneem, became known as ‘The Bishop’s House,' by which it is still known today. Today it is at the site of a luxury hotel, which welcomed its first guests in 1895.

Richard, of the digital marketing agency GWS Media in Bristol, which specialises in multilingual sites, said: “My great-grandfather had died 66 years prior to my trip to Sneem.

“But people spoke about him as if he had just gone away for a long weekend. They have a long folk memory in the village and I felt very at home.”

Batt and his late wife, Maura, who were then recently married, hosted Richard and went onto run a bed and breakfast in the village.

"To Return to All That"

APG, who had been president of the Irish Literary Society, based his ballad on the Catholic parish priest of Sneem and family friend, Fr Michael Walsh.

Richard, who first read about Parknasilla in his grandfather’s autobiography, "To Return to All That," said: “I had been keen to visit Sneem for some time, especially as my grandfather, APG, died before I was born and I wanted to visit the place where he had enjoyed so many happy family holidays as a child.

“I returned to the old family home, which had since become lodgings for summer staff. Sneem is a beautiful place and I look forward to returning there.”