WATCH: This Offaly pub’s Christmas advert will fill you with the holiday spirit

Co Offaly pub JJ Hough's Christmas advert will remind you that the best gift you can give loved ones this holiday season is your time and attention. 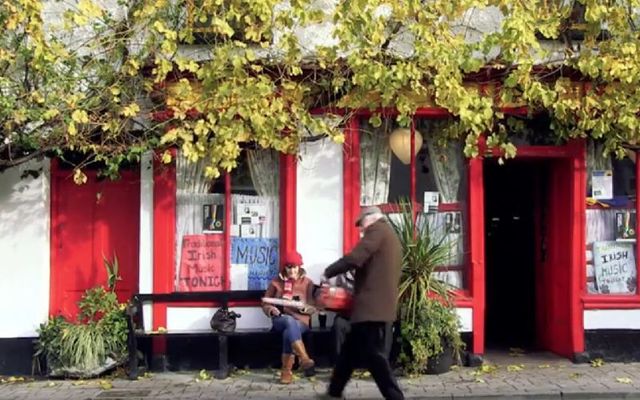 The Christmas advert from JJ Hough’s pub in Banagher, Co Offaly, entitled “Digital De-Houghx,” follows a lonely old man (played by Swiss native and local Wolfgang Fischer) who becomes increasingly frustrated after everyone ignores him because they’re obsessed with their smartphones.

He comes up with a plan to force everyone to put down their phones and connect with one another personally for the holiday season.

"Myself and Cathal O'Grady were in the pub and we noticed that 20 or so customers were looking at their gadgets, the lightbulb went off and we brainstormed the idea in about 10 minutes," said Ger Hough of JJ Hough's pub.

Presenting the 2018 JJ Hough's Christmas Ad 'Digital De-Houghx'. Thanks to all who participated in the making of this film, It couldn’t have been made without the wonderful community spirit which is abundant in Banagher. Happy Christmas to all our customers. Song 'Really Gone' by Ultan Conlon - musician #digitaldehoughx #jjhoughschristmasad2018 #johnlewis #banagher #ultanconlon #logout #reconnect #christmas . I'm Dreaming of a Luddite Christmas😂😂😂😂😂🎅🎅🎅🎅🎅 SuperValu Ireland Diageo Guinness Storehouse

The budget film was made with the help of pub regulars and locals and only cost Ger the price of two cooked chickens to feed the cast.

Reaction to the video has been huge, the Irish Examiner reports. The original video has reached over 50,000 views.

Ger told the Irish Independent a story his father Michael told him about the old pay phone that he used to have at the bar.

"The phone would ring and all the people at the bar would yelp 'if its for me tell them I’m not here'. Now its seems they all advertise the fact they’re there by checking in on social media. The art of conversation seems to be disappearing."

Ger says he isn’t against smartphones, but does think people should cut back on their usage.

“They aren't going anywhere - let your phone be a tool you use, not a tool that uses you," he said.

Ger said that he hopes the ad will generate some business for the pub, and added "If there are any businesses out there that need some help [viral ad making] they can get in touch with me."