Liam Hayes is one of Ireland’s best-known sportsmen and journalists. Here he describes how the plot of his first novel came to him while waiting for cancer treatment. 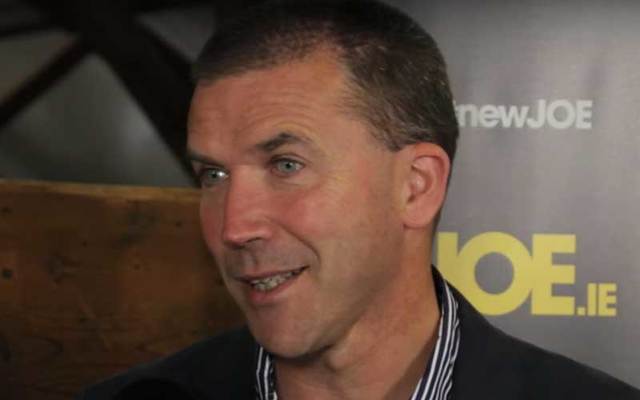 Liam Hayes is one of Ireland’s best-known sportsmen and journalists. Here he describes how the plot of his first novel came to him while waiting for cancer treatment.

I’ve been sitting in reception areas in St James’s Hospital in Dublin, off and on, for the last eight years. The main reception area in the day center in the oncology/hematology department has about 60 seats. They’re tight, plastic, colored sky blue, they’ve no leg room, and they’re not built for comfort though we all end up sitting on them for a couple of hours.

When we raise ourselves from those seats, we head to an inner sitting area (maybe 40 tight, blue plastic seats) that are all aimed at a tiny TV set on the wall (normally showing daytime TV, obviously!). We sit there for another hour perhaps.

Before being called into either the oncology or hematology treatment rooms – which have wide, blue plastic armchairs! There, we’re all going to be sitting for a few more hours. My chemo treatment has averaged about four hours per sitting.

While sitting on these seats and armchairs, I began writing the story of Heidi Wells.

My big thought? My cancer is a repeating son of a bitch.

It’s titled Non-Hodgkin’s Lymphoma, which means it is a cancer of the lymphatic system (which mirrors, sort of, the veins and blood running through our body). Lymph glands are everywhere. Mine are compromised.

I was first diagnosed with NHL in 2010, and it returned in 2015. I’m now told it is follicular. It can, to quote my consultant, return in ‘two weeks, two years… nobody can tell.’

My chemo is made up of five different liquids. It’s called RCHOP (each letter representing one of the liquids in the pouches or giant-sized syringes you’d imagine a vet using on a horse!).

That’s the good news. The bad news is that I can only receive a finite amount of this chemo before it destroys all of the organs in my body. They can’t give me any more chemo. When my cancer returns I’m looking at a stem-cell or bone marrow transplant.

As usual over the last eight years, I’m told percentages.

My chances of living versus dying!

Next time I’m told my chance of surviving is two out of three! Which sounds brilliant, I know, except if three of us were invited into a room, but were first told that one of us was going to get shot in the head in that same room, how happy or confident would we all be walking through that door?

So, I think to myself, as the days and the months pass – and I have no idea how much time I have left – what am I doing with my life?

And… I think, might my life be far more productive and finely tuned if I actually knew the day on which I would die? What would I change? How would I live my life?

Not knowing the answers to those questions, I decided to create Heidi Wells?

Who is Heidi Wells?

She is the youngest female Michelin star chef in the country. Girl and the Goose is her restaurant.

Heidi has revealed to her the dates of her own death and the deaths of her siblings. Her father, Christian Wells has that information.

Book cover for 'You Haven't Got All the Time in the World. . . Heidi Wells' by William Hayes.

He received the information two months before his wife, Sanna died of guess what… Non-Hodgkin’s Lymphoma! Sanna died on the day revealed to Christian.

Christian, of course, was disbelieving!

A year later the youngest of his four children, Justin was crushed to death on a motorway, on the exact date that had been revealed to Christian Wells.

Shortly after that, Christian takes the decision to confide in his daughter Heidi. He has three children remaining (Heidi, her twin sister Gracie, and his eldest son Robbin). Heidi was always Christian’s favorite.

He saw her as his mirror image in character and personality.

Christian has two years left before his own death from a heart attack.

He tells Heidi that she will be next – that Heidi will drown on May 7, 1997. Heidi, naturally, believes that her distraught father has lost half his marbles.

But… because this is a novel, and a psychological thriller, there’s a twist!

In truth, Heidi or her twin Gracie might drown on May 7, 1997. The first-born daughter will die. Problem is, Heidi’s parents decided from day one that they did not wish to differentiate between their daughters. They never wished to know who was the first born. They wanted to see them as equals in every way.

The Wells’ girls were born on a blue-skied Tuesday morning at 7.36 am. Hospital records have them both delivered at the same time.

Christian Wells, a forceful, determined, and immensely wealthy property developer had persuaded those in control to record both births at 7.36 am.

What does Heidi Wells do next?

Heidi decides to tell her twin sister nothing.

As strong-minded and controlling as her father, she decides to meet the fate awaiting either her or her twin sister. She decides that May 7, 1997, is her death day.

Heidi has six and a half years left in her life, but Heidi remains a degree skeptical of the whole crazy business. Time passes. Her father dies of a heart attack on the day he had revealed to her. Heidi continues with her life.

Eighteen months remain, and only then does Heidi decide to find out everything she needs to know, and as the months fly by Heidi busily gets to work on counting down the final time remaining to her and living her life as, perhaps, she always should have lived her life.

As her time nears, Heidi befriends her father’s former lover. Samantha Sharrieff’s love for Heidi soon equals the love she held for Heidi’s father. Together, the two women prepare to meet May 7, 1997, but each has a different ending in mind.....

Liam's book is available from Amazon.