Don’t know your name in Irish? There’s an app for that!

Even Donald Trump and Taylor Swift get a mention. 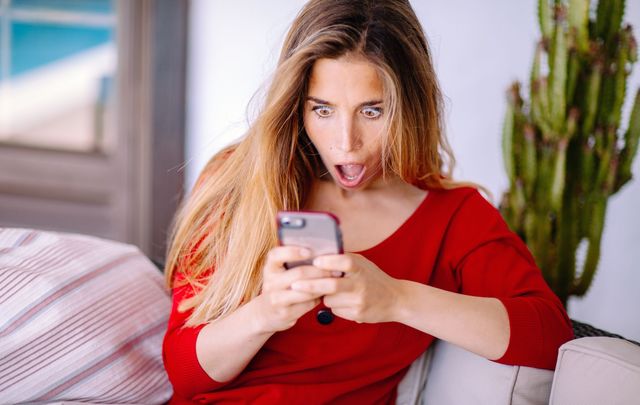 You may be shocked by the Irish version of your name. Getty

Want an Irish-language version of your name like ‘Dónal Mac Giolla Bhrátha’ (Donald Trump) or Táilliúr Ní Fhuada (Taylor Swift)? A new app helps you find the Irish version of my name.

An Irish-American professor at the University of Missouri created a handy app in 2019 that lets the user enter their name and surname and find the genuine Irish language version of it. It's the perfect "What is my Irish name" generator.

Prof Kevin Scannell has earned himself minor celebrity status within the Irish language community for his Trojan work to make the language more accessible online and even Irish speakers who don’t know their name almost certainly have benefitted from his work.

Prof Scannell has been the driving force behind the translation of major websites such as Twitter and Gmail, he created the most popular spellchecking software for the Irish language, and his personal website, cadhan.com, is packed full of useful tools like dictionaries and thesauruses.

His latest app "Gaeligh mé" allows users to find out what the Gaelic version of their name is, drawing on reputable sources such as Fr Patrick Woulfe’s “Sloinnte Gaedhal is Gall,” Tomás de Bhaldraithe’s “English-Irish Dictionary,” and the Irish state’s “Irish Surname Index” on the Dúchas.ie website.

Try it out for yourself here!

The tool takes into account the gender and marital status of the person, information crucial to providing an accurate version of the surname, and produces the Irish version in the Gaelic script, commonly known as seanchló, and in Roman script.

“It’s a simple database of information that holds the most common [Irish] names and surnames from various sources. I made the database at the weekend, and then wrote the code that handles male and female versions of names, the married version et cetera,” Prof Scannell told IrishCentral.

“I’m working with Wikidata at the minute, trying to add lots of Irish language data to it, and in the future to broaden Vicipéid, the Irish language version of Wikipedia. As part of that work, I wanted to give correct Irish language names to people when they were in use. That’s why I wrote the script in the first place. There are about a million entries updating at the minute — it will take a few weeks!”

“I want to link the names I have in the corpus with Wikidata entries, and because of that, it’s important to link ‘Bertie Ahern’, the former Taoiseach, with ‘Parthalán Ó hEachthairn’ et cetera. When that code was finished, it was quite easy to put it on my website and to let other people use it,” he explained.

But Prof Scannell also attaches a disclaimer to his website: “I have tried hard to verify the accuracy of the names in the database, but there are sure to be mistaken. It’s also important to note that I’ve invented some fanciful Gaelicised versions of many non-Irish names to allow more people to enjoy the site. You are therefore strongly discouraged from using the results you find there for scholarly research, on official documents like birth certificates or passports, or for tattoos!” he said.

Maitiú Ó Coimín is the editor of NÓS, where a version of this article originally appeared in Irish. You can read more from NÓS here.