Long before the O'Donovan brothers arrived on the scene, one Irish "commentator" was confusing international media. 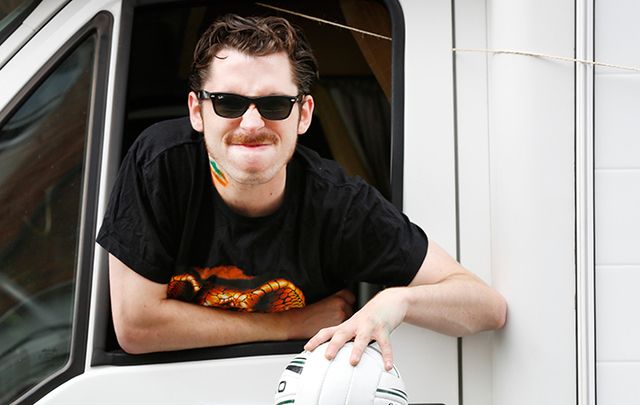 Francis "The Viper" Higgins had many sports fans confused by his comments. Photocall Ireland

That time when Irish comedian Chris Tordoff's confused the media with his mock Olympic commentary.

Long before the O'Donovan brothers arrived on the scene, one Irish "commentator" was sending international media and Olympic fans into convulsions of laughter at London 2012, with his very strange take on the Woman's Laser Radial. The very same sport in which our fantastic Annalise Murphy was to take silver in Rio in 2016.

Over in Ireland, mention Chris ‘The Viper’ Tordoff of the Hardy Bucks, and everyone immediately thinks comedy.

But when Tordoff’s mock-commentary of Olympic sailing went viral six years ago, most international media failed to get the joke.

With the hype and fame surrounding the Cork, silver medal-winning rowers Gary and Paul O'Donovan after the Summer Olympics in 2016, the video has once again resurfaced to the bemusement of many sports fans and brought another wave of confusion to those who can't quite believe we have commentary like this in Ireland—maybe because we don't.

Tordoff was widely referenced as simply an “Irish Commentator” at the time, or credited under his character name of Francis Higgins from the Hardy Bucks. Many sources didn’t realize Tordoff wasn’t serious, while Buzzfeed wrote, “I’m about 90 percent sure this is fake, but it’s just too funny to think it might not be.”

With its resurgence, some YouTube commenters were horrified at what they heard.

"They let idiot like that to to travel to Rio?" asked one, while another stated "and the commentator knew less than my friend who had never seen a sailing boat before."

Tordoff already knows that the line between reality and fiction can be a humorous place; ‘The Hardy Bucks’ is a mockumentary show which began as the mostly-improvised tale of five men from the west of Ireland attempting to reach the great metropolis of Galway.

It appears the Olympic Council didn't see the funny side, however, and The Viper's original video was removed, resulting in a foul-mouthed rant from Tordoff that would stir pride in Irish boxer Michael Conlan, who himself had strong words for Olympic judges with his shock, controversial defeat in the quarterfinals of his weight division in the 2016 Summer Olympics, even sending a tweet to Putin to ask how much the Russians had paid for their win.

Thankfully someone succeeded in reposting and regardless of the media confusion, everyone’s in agreement about one thing: this clip is hilarious in ways you never thought sailing could be.