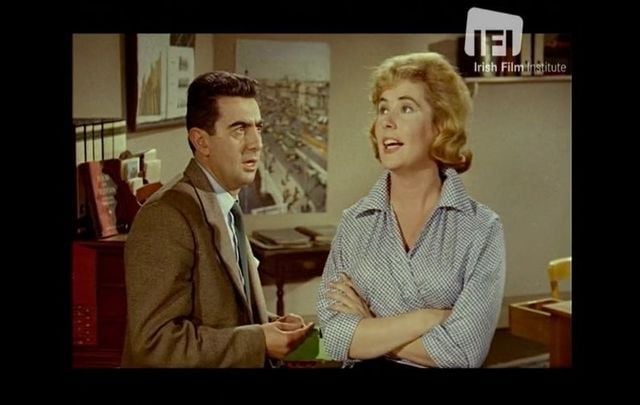 In the light-hearted cautionary tale "Love and Money," Milo O’Shea and Maureen Toal star as young office workers whose engagement is doomed unless they create some financial security.

The film, sponsored by the Department of Posts and Telegraphs and now available on the Irish Film Institute's IFIPlayer, illustrates the benefits of saving with the Post Office.

Donal (Milo O’Shea) is forced to take action after his fiancée, Maureen (Maureen Toal) returns his engagement ring because he has no money saved for their big day.

In a series of Walter-Mittyesque fantasies, he dreams up a series of get-rich-quick schemes – from winning the lottery to saving a wealthy heiress – before he finally does the decent thing and sorts out his Post Office Savings account.

One of a series of dramatised public information films written by actor/playwright Gerard Healy, this one was produced by the National Film Institute (now IFI), directed by Ronald Liles, and commissioned by the Savings Committee of the Department of Posts and Telegraphs in the straitened 1960s, in an attempt to encourage Irish spendthrifts to avoid squandering their money away and to start saving.

With kind permission of An Post, the Irish Film Institute presents “Love and Money."

The video below is published with thanks to the Irish Film Institute (IFI), who IrishCentral have partnered up with throughout 2021 to bring you a taste of what their remarkable collection entails. You can find all IrishCentral articles and videos from the IFI here.