Will there be a change to how Irish is taught in schools?

A recent review found mixed views on whether Irish should remain as a compulsory subject up to Leaving Cert level or not. 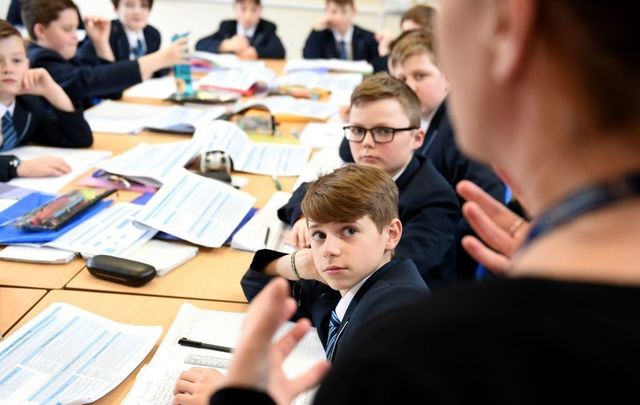 A recent review found mixed views on whether Irish should remain as a compulsory subject up to Leaving Cert level or not.  Getty

A recent review found mixed views on whether Irish should remain as a compulsory subject up to Leaving Cert level or not.

The proposal came as part of a wide-ranging debate on the topic at National Council for Curriculum and Assessment (NCCA) review.

While there was widespread agreement among teachers, students and parents that English and maths should remain compulsory subjects, there were mixed views on whether Irish should be continued into the Leaving Cert cycle.

Though no official decision has been made, it renewed discussions around the future of Irish language education in Ireland.

Conradh na Gaeilge (the Gaelic League) has warned that a policy promoting the education of the subject is urgently needed.

“There has never been a policy for the promotion and education of the language from preschool to third-level in the history of the State.

"The Government and the Minister for Education now need to create that policy.

As part of the NCCA review, educators also looked at changing the system around Transition Year and adding more flexibility to the senior cycle. Transition Year is the fourth year of secondary school offered in many schools in Ireland, after students have taken Junior Certificate exams. The year does not focus on an exam curriculum and is meant as a development year for students to focus on a wide range of skills, engage in work experience and to make the transition into the curriculum for their Leaving Cert college exams.

One proposal would see transition year take place over the course of the senior cycle.

Shorter courses could also be introduced alongside the more traditional long-form courses.

Though a report from the NCAA indicates more discussions are required on the subject of Irish lessons, with schools eager to offer students a greater amount of choice when it comes to the subjects they are taught, change could be afoot.