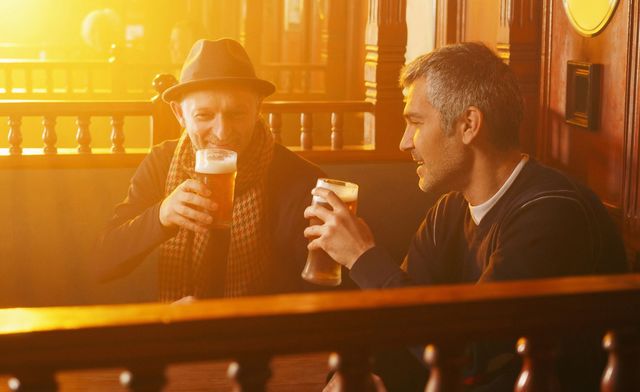 "Nios aosta an fideal, nios bine an fonn." (Older the fiddle, the sweeter the tune.) Getty

The Irish certainly have a way with words and these Irish language phrases show just how poetic and funny Gaelige can be.

Irish is one of the oldest written and historical languages in the world.  It was seen for the first time in Ogham form in the 5th century.  Today it can be found in up to 4,500 books, on television, radio, newspapers, magazines, and on the internet.

Irish is a Celtic language that is closely related to Scottish and Manx Gaelic. It is also related to Welsh, Cornish, and Breton. The first speakers of Irish probably arrived on these shores from mainland Europe over 2,500 years ago.

Without further a do we take a look at some of the most beautiful, funny, and poetic Irish language phrases translated into English.

People live in each other’s shadow.

The bad deed will haunt the one who committed it.

The old dog for the hard road.

The cat milks the sun’s heat

Those you loved is what matters in the end.

Older the fiddle, the sweeter the tune.

I told you I was sick (written on Spike Milligan's gravestone).

His brother was worse.

(Uttered by a West Cork farmer when asked by the parish priest to say something nice about a widely unpopular neighbor who had passed. )

Hunger is the best sauce .

Every New Year’s Eve in parts of Ireland, the man of the house would take bread and smash it off the door and say those words which translated means, I banish the famine to the land of the English forever and a day.

Out with the old year and in with the new one.