Rugby’s true powerhouse nations make its first trip to the United States to compete in the golden state. 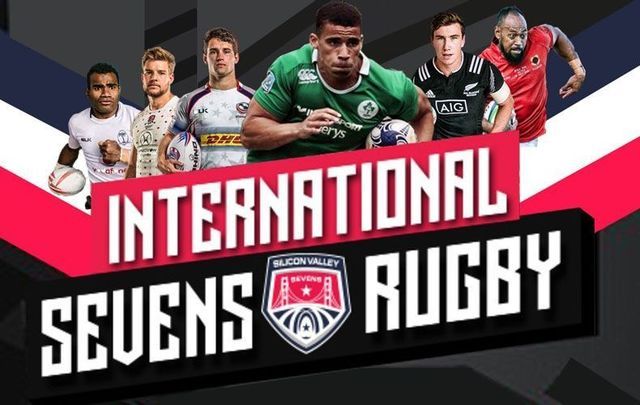 Irish get ready for battle at Sevens Rugby in San Jose. SevensRugby.com

The inaugural Silicon Valley Sevens gets under way November 4 and 5 in San Jose, California. Not only will the occasion mark the return of international sevens competition to the golden state, it will see one of the sport’s true powerhouse nations make its first trip to the United States to compete in the short code.

Fans of Irish rugby will have a lot to look forward to. The past year has proven extremely successful for Irish national teams venturing to the United States. The last two times an Ireland men’s national team journeyed to North America, the fifteens side registered a first-ever victory over world number one New Zealand in front of a crowd of more than 64,000 at Soldier Field in Chicago and they bested the USA Eagles at the Red Bull Arena in New Jersey.

As a nation of more than 33 million persons claiming Irish heritage–roughly 10.5% of the population–it is unsurprising that the United States proves a welcoming environment for Irish national teams. As Ireland’s director of sevens rugby, Anthony Eddy, acknowledged, there is a strong connection between the history of many Americans and Ireland, which has resulted in tremendous support for Irish teams traveling state side. Although it will be the first time that Ireland’s men’s sevens team makes the trip, there can be no doubt that the team will experience the same impressive support that the fifteens and the women’s sevens teams have experienced.

Coincidentally, the anniversary of Ireland’s historic triumph over New Zealand, last year in Chicago, falls on the second day of the Silicon Valley Sevens. Ireland, semifinalist at the inaugural Rugby World Cup Sevens, missing out on the final by a last-second converted try, will be looking to celebrate that anniversary by building on a strong run the past two years back to prominence.

Beginning in 2014, Ireland began an increased focus on sevens and has burst onto the scene and not looked back. In June 2015, the nation was slotted into Division C of the European Olympic qualification. Running undefeated and unchallenged to the Division title, the team advanced, the following month, to Division B and repeated its dominant effort from June. Having earned a bid to the repechage tournament, a tough loss to Russia in the semifinal is all that prevented Ireland from an undefeated three-tournament swing, settling for third with a victory over Georgia.

Although the Irish settled for third, that day, it was enough to book a spot in the final Olympic qualifier in Monaco. A flawless showing in pool play, which included a victory over perennial power Samoa, saw Ireland into the quarterfinal against Spain. A narrow loss to eventual champion Spain, the newest core team on the Sevens World Series, ended the 2016 Olympic dream, but left the future bright.

The 2017 European Sevens Grand Prix showed just how ready for the bright lights Ireland is. With tournament titles in Moscow and in France, the Irish finished in the top three in each tournament and narrowly (2 points) finished behind World Series core-team Russia for the series title. As for that Spanish team that edged Ireland in 2016, it was left looking up at Ireland from third-place.

This trip to California will not be Ireland’s last. Having qualified for the 2018 Rugby World Cup Sevens, the team will return in July to compete for the World Cup in San Francisco. But the Irish will have their hands full in a tough Pool A in San Jose, which includes three nations that combine for 30 World Series cup victories and four of the last twelve. But Ireland has named a strong squad.

Drawing from a club and provincial structure that has led the fifteens team to three six nations titles in recent years and seen the professional clubs dominate the Pro 14 and in European competition, the sevens squad will be a very tough out in San Jose. Three standouts to keep an eye on will be Jordan Conroy, Jimmy O’Brien, and Harry McNulty. O’Brien, a product of the Leinster system, in the sevens program for the last year has quickly taken to the short code and demonstrated good speed to keep opposing teams on their heels. The young O’Brien is just over a year removed from Ireland’s U20 Six Nations squad, with a bright future ahead.

12 of the best international #rugby teams in the world are coming to San Jose's @AvayaStadium this November 4 & 5 ➡️ https://t.co/xcyAqhbjwX pic.twitter.com/n0S63LFpnD

Despite O’Brien’s impressive speed, the true speed burner on the team is Conroy. The 2016–17 Connacht Club Player of the Year and Ulster Bank League Player of the Year, Conroy has proven himself a try-scoring machine on the wing. In four stops on the Grand Prix, he accounted for 17 tries, sixteen in the last three tournaments. Anthony Eddy freely described Conroy as one of the fastest players in all of Ireland. In the final leg of the 2017 European Sevens Grand Prix, Conroy was named the player of the tournament.

Joining Conroy in the squad is a man who came close to stealing that player of the tournament award in Exeter: Harry McNulty. Only by Conroy’s remarkable 17 tries does McNulty’s 11 in the Grand Prix seem small. Described by Eddy as a hard-working, disciplined player, McNulty has a tremendous work rate, playing just about every minute of every game. A fixture of the squad since its rejuvenation, McNulty’s intelligence on the pitch has been a great compliment to what Eddy is trying to accomplish with the team.

As a non-core team, in regards to the HSBC Sevens World Series, Ireland is hungry for top-tier competition. Having excelled in the Grand Prix, Ireland has both booked a spot in the World Cup and the World Series qualifying tournament at the Hong Kong Sevens in April. The team will also benefit from inclusion as the non-core invitee to the last two legs of the Series in Paris and London. But those three occasions are not enough to sate Ireland’s thirst for competition.

As Eddy put it best, “We’ve accepted every opportunity that’s been thrown at us.” Most recently, that opportunity was the DHL Oktoberfest 7s in Munich, Germany. Drawn into a pool alongside Fiji, Australia, and Chile, Ireland played remarkably well to advance to the quarterfinal. Chile was a strong contender for core-team qualification last year, and Fiji and Australia are two of the bluest bloods in sevens, with Fiji having won two of the last three series titles and Olympic gold last year. Fiji pulled away for a comfortable victory, but Ireland pushed Australia close and notched its own comfortable victory against Chile. An unfortunate pairing against defending World Series champion South Africa, knocked Ireland out of contention. But a victory over France to close its competition ended Ireland’s run on a high note.

Ireland will swing into Spain for a training tournament ahead of boarding the flight to California for the Silicon Valley Sevens. Outside of the Sevens World Series, which will itself head stateside in March with the annual USA Sevens in Las Vegas, it is almost impossible to find a competition with more top-tier talent than will be on display in San Jose. It is tournaments like this that Ireland will need if it is to be prepared to return to glory at the World Cup in San Francisco.

In a team that has already met very high expectations and goals so far, the next major goal for Ireland sevens is to claim core status on the HSBC Sevens World Series. At this point, it looks like the team will enter Hong Kong as the strong favorite to do just that.

The future is bright for Irish sevens and they will doubtlessly be a major factor in San Jose and years to come.