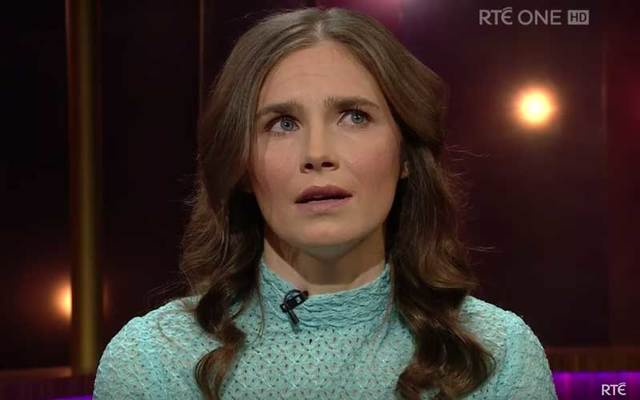 Amanda Knox, aka “Foxy Knoxy” appeared on Irish TV on Saturday night and amazingly sang a few bars of the Irish rebel song “Come Out, Ye Black and Tans.”

The woman who beat a murder rap in Italy in the alleged killing of her roommate Meredith Kercher back in 2007  said she had a huge amount of Irish fans when in prison.

They sent her tapes including rebel songs some of which she learned.

Good morning, here is Amanda Knox singing a few bars of Come Out Ye Black and Tans on The Ray D'Arcy Show. What a world. pic.twitter.com/9h95YYT9kD

“I got letters from lots of Irish people who said ‘of course they’re taking advantage of a vulnerable person and spinning it in a bad way, of course, we know about that’,” she said.

“They even sent me rebel songs and everything, they sent me a CD of the 50 most popular ones."

She now works on innocence projects.