Best Irish bars in North America to watch the Superbowl

A good Irish bar is easy to come by, but some North American Irish bars are still better than others. This shortlist for the best Irish bars in North America gives plenty of options for the perfect place to watch the Superbowl this evening. 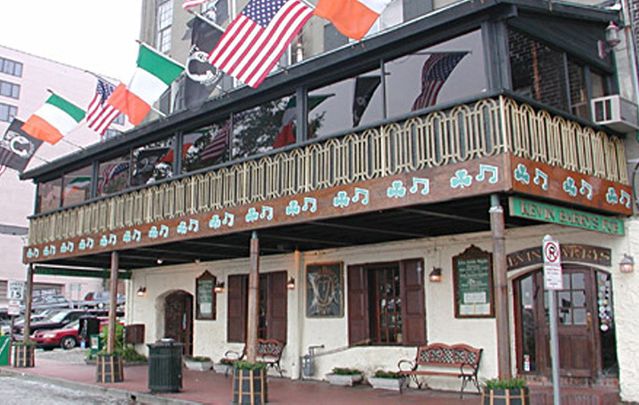 Kevin Barry's in Georgia has been short-listed as one of the top Irish bars in North America. kevinbarrys.com

This shortlist for the best Irish bars in North America gives plenty of options for the perfect place to watch the Superbowl this evening.

Irish bars in North America are a dime a dozen and, while some of them may miss the mark on what makes a truly great Irish bar, there are plenty to choose from when trying to decide which are the best. The people at IrishPubsGlobal.com have set about identifying the best Irish bar in North America (an enviable task) and they recently released their shortlisted top ten.

According to them, these are the top ten Irish bars in the US. Don't agree? Let us know where your favorite is in the comments section below!

Kevin Barry’s officially opened on October 31, 1980, at midnight.  Why November 1, 1980? Because that was the 60th anniversary of the execution of the bar’s namesake, Kevin G. Barry.

It's tagline "Like Ireland ... Only closer ..." says it all. A perfect home away from home in McNally's.

Voted one of the best Irish pubs outside of Ireland in 2015. The Irish Times provides Irish sustenance with "food for the body, drink for the spirit, and music for the soul."

The traditions of Ireland have been extended to their menu, which has been "developed by the philosophy of food for the body, offering Irish classics like bangers & mash, shepherd’s pie, and our famous Irish stew."

The Vegas edition of the popular chain of North American Irish bars is a real Irish local.

Rí Rá Irish Pub, in Mandalay Place, "epitomizes a true Irish pub experience. A comfortable neighborhood environment where conversation flows as smoothly as Guinness ebbs in the glass. Constructed from a pub meticulously restored in Ireland then shipped to Las Vegas, it’s a hotspot for locals and visitors alike, offering an impressive line-up of live music, a comprehensive drink list, and fare that defies pub standards."

"Doc Magilligan's is your neighborhood local for any occasion. In the tradition of all true Irish pubs, Doc's is founded in family history and committed to providing a laid-back, fun-loving place to meet family and friends for a few drinks and some comfort inspired fare.

"Enjoy full Irish breakfast, lunch or dinner 7 days a week and brunch on weekends in their Victorian-inspired surroundings."

"O’Shea’s Pub has been a staple in the Downtown West Palm Beach area for over 21 years. Wanna get the best Irish experience? You’re in the right place!

"Overall these long years, they've been known for only the best traditions and recipes. Nothing tastes as good as our beer and whiskey!"

“The Celtic Cowboy Pub and Restaurant and the Hotel Arvon evoke the lively times of the past in what is now one of the very few buildings left from the early days of Great Falls."

"Shepherd’s Pie and frothy pints of Guinness are standards at Paddy Barry’s along with dozens of mouth-watering menu items and libations."

As well as being named after the best Irish American film of all time, "when you pull up a stool and park your elbows on the bar at the Quiet Man Public House you are literally sharing history with thousands of U.S. Navy enlisted men and officers who served on the Battleship North Carolina during World War II.

"The bar was lovingly crafted by master wood-worker Cathal McGreal from teak that made up the original deck of the ship and was replaced a few years ago. It is known as the purple heart bar for the plugs of purple heart wood that now fill the bolt holes formerly used to affix the deck to the ship."

What would you place as the number one Irish bar in North America? Let us know in the comments section, below.