The New York Irish Whiskey Festival will be held in NYC on Saturday, November 2. 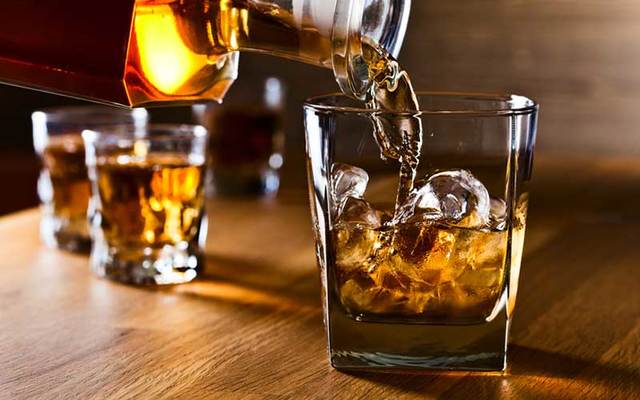 The New York Irish Whiskey Festival will be the first of its kind in the US. iStock/Getty Images

America is getting its first Irish whiskey festival this fall.

The New York Irish Whiskey Festival will be held in NYC on Saturday, November 2.

The event is being billed as “a first-of-its-kind experience to explore the dynamic category and Irish culture in a lively, contemporary atmosphere,” featuring over 25 brands “aimed to herald [Irish whiskey] and highlight its versatility from whiskey drams to award-winning craft cocktails.”

The festival will also feature live music, food, seminars, and exclusive blends and reserves, and attendees will receive a commemorative whiskey glass.

Irish whiskey experts Sean Muldoon and Jack McGarry, co-owners of famed Irish bar The Dead Rabbit, are the organizers behind the festival.

Jack McGarry and Sean Muldoon of The Dead Rabbit.

“We have not come across any other festival in the U.S. that focuses exclusively on Irish whiskey but it was just a matter of time,” McGarry told Food & Wine. “We've noticed an uptick in-terms of Irish whiskey's presence at other festivals and whiskey shows but we feel Irish whiskey, due to its heritage and versatility as a category, deserves its own festival highlighting all the different styles.”

The New York Irish Whiskey Festival will be held at the Pier A Harbor House in Lower Manhattan, located about a half a mile from The Dead Rabbit.

Read More: The Dead Rabbit's Sean Muldoon on giving back to Ireland

The event will be held in two sessions— 1-4:30 pm and 5:30-9 pm. General admission tickets are $75 and VIP are $125 (plus sales tax and processing fees). The VIP ticket includes “entry to the Dead Rabbit Pop Up where they will receive up to three specialty cocktails created by their award-winning team as well as oysters from the Pier A Oyster House.”

Tickets can be purchased via Eventbrite.