Potato recipes from boxty to potato salad to traditional Irish potatoes to make sure you take advantage of Potato Day in style this October 5. 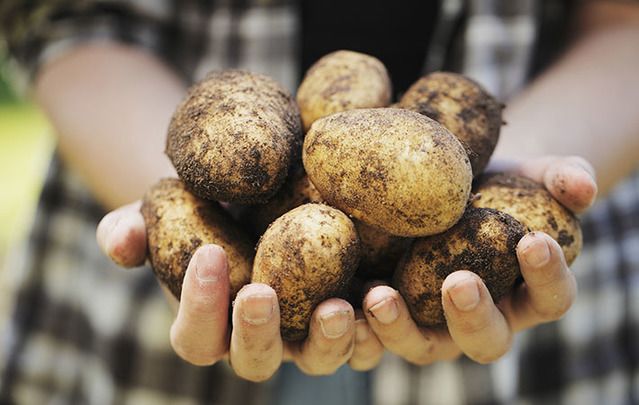 Happy Potato Day, to our US readers. We'll be celebrating with Ireland again for the Irish National Potato Day on October 7. Getty Images/iStockphoto

Yes, in Ireland, Potato Day 2018 falls on Friday, October 5, although if you're like us, you'll try and make every day Potato Day!

So we all know that the Irish love the humble spud! Bake it, boil it mash it – we’ll eat potato recipes with almost any meal so it’s no surprise that this National Potato Day (that’s right a whole day to celebrate the spud in Ireland) we put together some old and some pretty nifty and innovative potato recipes.

For all the spud-loving Irish in your life here’s a list of potato recipes:

Yep! The Irish love spuds. In fact, in 2012 they consumed 175,000 tons of potatoes, making them among the highest consumers in Europe. However, Ireland’s food board, Bord Bia, have noted a decrease in the number of Irish, between the ages of 22 and 44 eating potatoes. Now, most Irish only eat potatoes between two and three times per week.

Sometimes, in the carb-starved world potatoes get a bad rap but they never did our Grannies any harm did they! In fact, potatoes are high in vitamins and minerals, including vitamin C, potassium and iron.

So our advice this Potato Day is to try out a new potato recipe.

Here’s a brand new one from Hampton Creeks, Just Recipes:

Preheat oven to 450°F and line a rimmed two rimmed baking pans (or one large) with parchment paper.

Put the chopped potatoes in a mixing bowl along with 2 tablespoons of the olive oil, the Worcestershire sauce, paprika, salt, and pepper. Toss to coat the potatoes.

Spread out the potatoes between the two baking sheets. Keep the mixing bowl handy.

Roast for 25 minutes.• While the potatoes roast, toss the sliced onions in the same mixing bowl with an additional teaspoon of olive oil and the rosemary, as well as a pinch of salt and pepper.

Remove the potatoes from oven, sprinkle with the onions and toss to coat.

Return to oven and roast until everything is golden brown and the potatoes are fully tender about 15-20 more minutes. Be careful not to let the onions burn.

Serve hot, with Just Mayo Truffle for dipping and all of your other favorite brunch foods.

* Hampton Creek is bringing healthier and more affordable food to everyone, everywhere. We believe that solving the problem means solving the problem for everybody—not just those who can afford it. Our technology, which is based on understanding plants from every corner of the planet, enables consumers, food manufacturers, and the largest retailers around the world, to offer better, healthier products, at a more affordable cost. For more info visit www.hamptoncreek.com or for Just visit www.hamptoncreek.com/just-find-it.