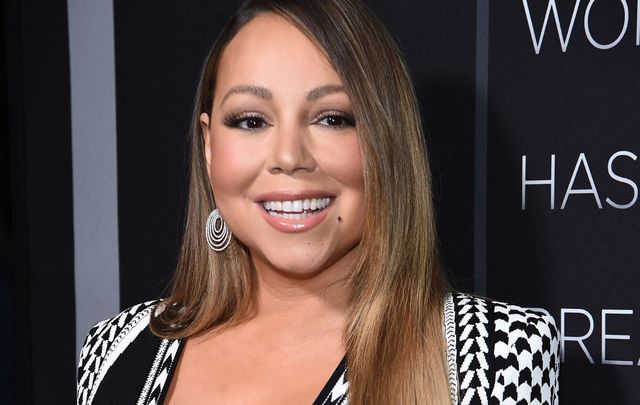 Mariah Carey is still unable to sell her "Black Irish Cream Liqueur" in Ireland or the European Union due to a trademark dispute with an Irish drinks company over the name "Black Irish."

Darker Stills has owned the Black Irish European trademark since 2015 and company co-director Richard Ryan criticized Carey's attempts to break into the European market by undermining the company's claim to the Black Irish name.

"You don’t assimilate with Irish culture while simultaneously doing everything in your power to damage an actual Irish business," Ryan told the New York Times.

Darker Stills officially launched its Black Irish product - an infusion of stout and Irish whiskey - in June 2020 after registering its trademark claim in March 2015.

Carey, meanwhile, filed for the European trademark of Black Irish in January 2020 and later attempted to register "A Cause for Celebration Black Irish", which was rejected by the EU's Intellectual Property Office.

John Herzog, who has a shared venture with Carey through the company Splashes Beverages, told the New York Times that the European authorities are still deliberating over the Black Irish trademark.

Splashes Beverages filed for the Black Irish trademark in January 2021.

Herzog signaled his intent to have two unrelated Darker Stills trademarks revoked in March 2021, according to a letter from the Finnegan Europe law firm.

Ryan claimed that the move was an attempt to gain leverage in the Black Irish case, but Herzog said that there was no connection between the move and the dispute. He added that no further action has been taken on the two separate trademarks.

Ryan said that the trademark dispute had been irksome for Darker Stills but said that it had helped with publicity.

"I did a search for Mariah Carey about a week ago. In the Google image search, for a matter of about half an hour, I came up first. I said, ‘My parents will be proud."

"Myself and my partners in Darker Still are collective veterans of the Irish drinks industry, and it is unprecedented that we are defending our position against a US company, within an Irish industry that we have helped support for over 30 years," Phelan told hospitality website fft.ie.

Phelan additionally accused Carey of attempting to undermine his company's business by claiming trademark rights to products owned by other Darker Stills directors.

"We also call on Mariah Carey’s appointed agent to stop claiming trademark rights to other products owned by our directors, presumed as a tactic to undermine our wider businesses."

Carey's Black Irish Cream Liqueur, which is named in honor of the pop star's black father and her mother's Irish heritage, is currently on sale in the United States.