The health benefits of the Jamaican Irish moss drink

Jamaican Irish moss dates back to Irish immigrants in the 1800s and is now used in a popular drink that's packed with protein. 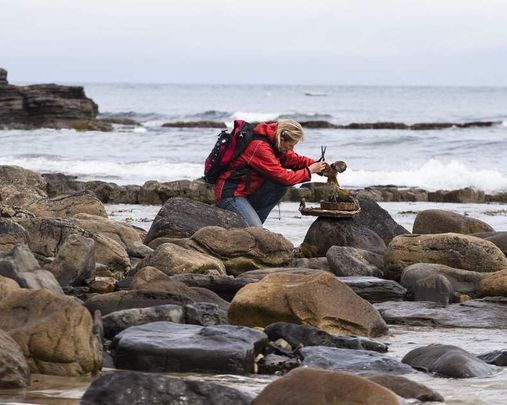 Jamaican Irish moss dates back to Irish immigrants in the 1800s and is now used in a popular drink packed with protein and minerals.

This red alga, native to Ireland, is packed with nutrition - 10% protein and 15% mineral qualities.

Sadly, during the 1800s, Irish moss became a major part of the Irish people's diet as the country suffered from Famine.

Irish moss was brought to the Caribbean by immigrants and now mostly appears around the rocks of Jamaica. It's there that Irish moss became known as a booster of libidos.

To prepare the Irish moss to make the drink it is boiled with milk before vanilla, cinnamon, and nutmeg are added.

The most important ingredient is produced by the moss itself: an extract called carrageenan, an additive used to thicken, emulsify, and preserve foods and drinks. Carrageenan is often used by dairy producers who add it to yogurt and cottage cheese. This is what provides the Jamaican Irish moss drink’s signature viscosity, which is not only thick but a little gluey. The drink is often described as having the consistency of melted ice cream.

The most popular is the caloric behemoth known as Peanut Punch. The addition of nuts or nut butter makes it especially coveted by athletes, bodybuilders, and those seeking virility.

While Irish moss being an aid to virility isn't scientifically proven it does have plenty of other legitimate benefits. Irish moss fights against varicose veins, dysentery, certain ulcers, and even tuberculosis and pneumonia.

Wash the Irish moss to remove sand and other matter.

Place the Irish moss in water overnight. One part Irish moss to two parts water. (Optionally can cook it right away however you will have to cook it longer)

Place 5 qt. water in a pot and bring to a boil

Cook for ¾ hour until all the ingredients, with the exception of the Irish moss, has dissolved.

Pour the liquid into a strainer into another container. Throw away the boiled Irish moss.

Add the rest of the ingredients to the liquid and mix well. Boil for an additional 10 minutes.

Let the mixture cool and then place in the refrigerator for 5 hours before severing.

(If you're not up to whipping up your own batch of Jamaican Irish moss drink, it's also available to buy canned!)