Take Ireland into your home this winter with this Dingle Whiskey

Hold your Irish clan tight this winter and nab a small batch of a Kerry Irish whiskey to relish.

In partnership with
Dingle Distillery 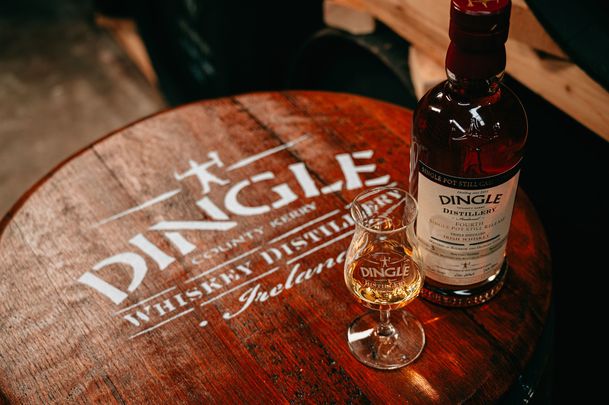 In a year like no other, bring a little bit of Ireland into your home this winter with Dingle Whiskey.

Winters are for cuddling up and holding those dear close, and now more than ever in 2020. With the COVID pandemic continuing to, literally, plague us all, the only good thing to come out of all of this is hanging out at home and enjoying the sweeter things in life. One of those things is relishing Irish whiskey, such as Dingle Distillery's unique and highly anticipated fourth single pot still release.

Just 8,000 of these limited edition bottles have been produced from 25 casks, of which half will be sold domestically and half exported to international markets including the United States, United Kingdom, Germany, and France. A further 500 bottles of pot still cask strength are also being released, a first for Dingle Distillery.

Speaking to the Dingle Distillery fourth single pot still release, Graham Coull, Master Distiller at Dingle Distillery, commented: “It has been an absolute pleasure to play my part in creating the latest whiskey release from the Dingle Distillery. Our Fourth Single Pot Still Release combines fully matured ex-bourbon and ex-Oloroso sherry casks to produce a whiskey which allows the uniqueness of the Pot Still spirit and the quality of the wood to shine through.” 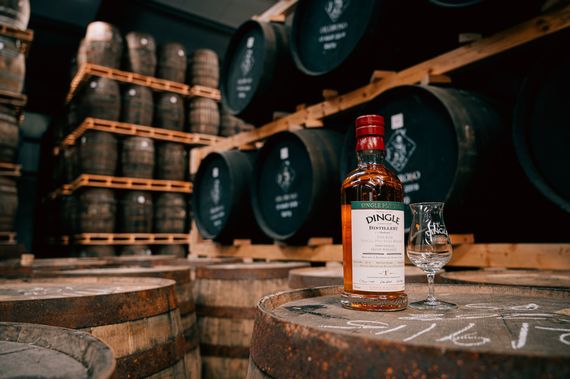 Taste – Initially sweet with a burst of spice. Dark fruits, figs, and raisins come to the fore followed by dark chocolate and a sprinkling of chopped nuts.

Finish – The dark chocolate dissipates and the spice returns. Softwood and leather notes combine to deliver a long, memorable finish.

Priced at €95.00 (RRP) per 70cl bottle, the new whiskey (46.5% ABV) is available to purchase from 5th November 2020 at DingleDistillery.com, IrishMalts.com, Celtic Whiskey Shop, and across independent off-licenses nationwide. Dingle uses non-chill filtration to produce its whiskey and adds no coloring.

Dingle Whiskey is a product of its environment. From the localized well water to the immensely manual mashing, alongside the wooden fermentation vessels that feed into the three bespoke copper pot stills, the production is purely Dingle. The micro-climate then creates a maturation like no other. Unique to Ireland, the single pot still tends to yield smaller volumes, with a more intense character to begin, but matures quickly.

With a focus not just on quality but also on innovative new approaches, Dingle Distillery is an independent family-owned business thanks, in part, to its Founding Fathers cask program.

And now Dingle is giving whiskey lovers a rare chance to invest in a cask to call their own with a unique sale of 100 full barrels of perfectly distilled spirit before the end of the year.

As part of the Descendants cask program, buyers will also be able to decide how long their personalized whiskey will rest in the barrels and will have the choice of bottling it in eight years’ time or leaving it to mature for up to 21 years for a more considered sup in 2041, or even longer.

Only four casks are produced daily in Dingle Distillery, each one overseen by Master Distiller Graham Coull, and the casks will rest in the Distillery warehouse under his watchful eye to mature for a minimum of eight years.

Elliot Hughes, Managing Director at Dingle Distillery, comments, “The Descendants follows on from The Founding Fathers cask program, which saw early investors become a part of whiskey history as they exchanged their investment for a finished whiskey cask bearing their name, some years later.  The Descendants cask program is ideal for individuals looking to secure a legacy for their family or for groups of friends or colleagues wishing to invest together in something truly unique.”

Prices for a cask start at €10,000 and each cask comes with an optional payment plan.

A sister company of the Porterhouse Brewing Company, Dingle Distillery opened its doors in 2012. With an ethos centered on quality, artisan whiskey production, it was one of the first of the new age of distilleries in Ireland.