Who says that Christmas calories don't count? This could be a sign for us to lay off the worst offenders this Christmas. 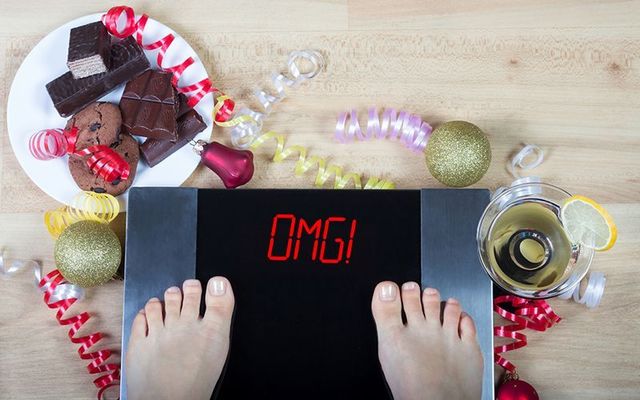 This December 25 we’ll be wolfing down 3,289 calories of turkey, ham and all things yummy. Getty

Who says that Christmas calories don't count? This could be a sign for us to lay off the worst offenders this Christmas.

Wow! According to new research, Ireland and the United Kingdom come second, behind the USA, when it comes to the number of calories consumed on Christmas Day each year.

No wonder all our shirts and tops feel that little bit tighter after Christmas, what with us being among the top ten worst offenders for Christmas overeating.

Amazingly, the folks in the UK and Ireland munch down 3,289 calories from their smoked salmon starter to their Christmas pudding. Then, of course, there are the mince pies washed down with wine and beer. That’s according to the new research released by Treated.com. France, Germany, Brazil, and Croatia also made it into the top ten.

The National Health Service in the UK recommends a daily intake of 2,000 calories for an average adult, with this varying with the individual’s needs according to age, gender, and physical activity.

Treated.com examined the Christmas dinner eaten in 28 countries and found that Lithuania had the healthiest Yuletide meal in Europe, although they chow down on a special 12-dish Christmas Eve dinner, which is a religious meal. However, the dinner contains no meat, dairy or alcohol, tending towards fish and vegetables instead.

Of course, there are ways to cut the calories down when it comes to Ireland’s traditional turkey, ham, and stuffing feast, but then you’d probably have to forego using delicious Irish butter. For one day a year, we think we’ll go the whole hog!

What are you looking forward to eating this Christmas? Do you have a tendency to go overboard over the holidays?