Ireland’s first Krispy Kreme opened in Dublin last week, and for residents who live in the area, the grand opening was a nightmare. 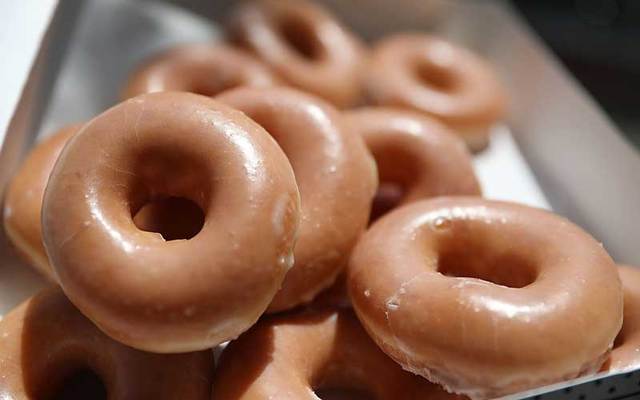 Ireland’s first Krispy Kreme opened in Dublin last week, and for residents who live in the area, the grand opening was a nightmare.

There were already more than 300 people lined up for the 7am grand opening of the donut chain in the Blanchardstown Centre last week, The Irish Times reports.

Residents in the neighborhood have complained that the number of cars lining up for the 24-hour drive thru caused traffic jams and noise disturbances from people pounding their car horns.

3/4 We’re reducing the number of cars queuing late at night, installing signage that asks drive thru customers to be respectful of our neighbours and other customers, and we’re also actively asking people to contain their excitement, by not beeping their horn while they order.

"The reaction to our first store opening has been overwhelming with lots of people enjoying our doughnuts in Ireland for the first time," Krispy Kreme tweeted in response to the complaints. "But we know too that some of the enthusiasm from some drive thru customers has resulted in sleepless nights for our neighbours. We do apologise for this and we are doing all we can to minimize the noise (especially at night)."

Ultimately, Krispy Kreme had to close the 24-hour drive thru. It is now open from 6am to 11:30pm, CNN reports.

The company tweeted: “We anticipated a warm welcome for Krispy Kreme in Ireland and have long wanted to open a store here, but the response has been way ahead of our most optimistic expectations so thank you for your patience.”