Four Loko is now available across select off-licenses in Ireland. 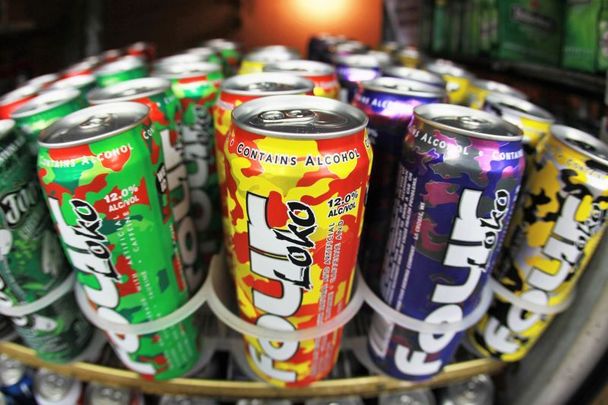 October 27, 2010: Cans of Four Loko are seen in the liquor department of a Kwik Stop store in Miami, Florida. At the time, the beverage was under review with the Food and Drug Administration in the US. Getty Images

Four Loko, the sweet and punchy alcoholic beverage favored by J1 students in the US, is now available in Ireland.

The line of fruity-flavored alcoholic drinks debuted in the United States in 2005. Marketed as an "energy beer," the beverage was originally made with taurine, caffeine, guarana, and wormwood.

Four Loko caused controversy for allegedly marketing to underage college students and for its dangerous combination of alcohol and caffeine. In 2010, the company removed caffeine, taurine, and guarana from the ingredients. (The wormwood had been dropped earlier).

In the US, the drink is between 6% and 14% ABV, depending on state regulations, and is packaged in 695ml cans.

Here are the available flavors:

"As off-trade continues to grow and on-premises businesses get back on their feet following a year like no other, it’s great to be offering a new fun and innovative brand to the Irish market, which we know will genuinely excite Irish consumers,” said brand manager Gina Holland.

Four Loko is available at Molloys Off Licenses, Carry Out, Costcutter, Spar, Eurospar, and will be available in SuperValu and Centre at the beginning of May.

The beverage is also reportedly set to be available in Northern Ireland from this month.