“Independent spirit, a slightly unorthodox approach and a commitment to quality”....the perfect partnership. 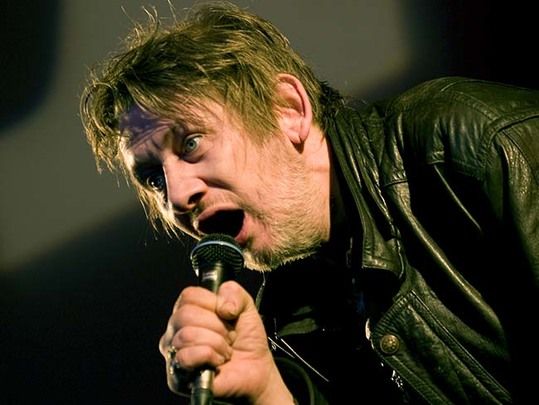 Celtic punk band, The Pogues, has teamed up with West Cork Distillers to launch an Irish whiskey.

The Pogues Irish Whiskey is said to be Ireland’s highest malt-containing blended Irish whiskey, with 50 percent grain and 50 percent single malt liquid. It’s described as having a “malty and floral” flavor with notes of mild chocolate and citrus. The whiskey was developed by distillers Barry Walsh and Frank McHardy.

John O’Connell, co-founder of West Cork Distillers, told the Spirit Business, “We wanted to create an Irish whiskey with global appeal, which isn’t without its challenges.”

He continued, “The Pogues offer a perfect partnership as they share many of the same values as our company such as an independent spirit, a slightly unorthodox approach and a commitment to quality, as well as success on the international stage.”

This weekend the band helped launch the new whiskey at the Boogaloo pub, in London’s Archway, handing out shots and cocktails with names such as “The Fairytale,” named after their world famous Christmas hit “The Fairytale of New York.”

Halewood International has been appointed to distribute the brand in the UK, while West Cork Distillers is working with 16 partners in Europe, Australia, Japan, the US, and Canada to establish global distribution.

The Pogues issued a statement saying, “It’s been brilliant working with such experts to come up with a whiskey that we all think reflects our spirit and that we all like the taste of.

“It’s wonderful to add to the ranks of great Irish whiskeys and we hope it stands the test of time.”

Read more: Warm yourself with the history of Irish whiskey in Dublin’s city center (PHOTOS)