These are the best speakeasy bars in Dublin

Ireland's capital city of Dublin is dotted with these secretive and sometimes password-protected watering holes. Here are a few of our favorites. 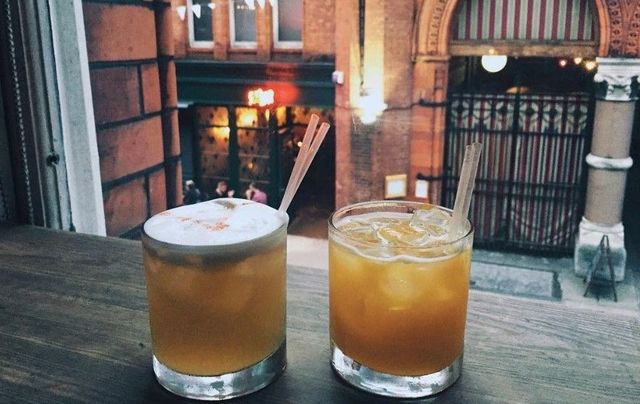 Sip some cocktails in the No Name Bar, over looking George's Street Arcade, Dublin. Vero_Ida / Instagram

These Irish speakeasies will make you feel as though you're living in the Prohibition-era United States!

On January 16, 1919, 36 of the 48 US states ratified a new Amendment that effectively made alcohol illegal.

The new law, which became the 18th Amendment, went into effect officially the following year on January 17, 1920, and forbade the making of, consumption of, sale of, and or transport of alcohol.

The new addition to the Constitution ushered in the Prohibition Era, which is marked by the illegal and clandestine making of and consumption of alcohol, particularly in “speakeasies,” unmarked locales where patrons could partake in drinking.

While the 18th Amendment was officially repealed in 1933 after it was deemed a massive failure, the notion of speakeasies became romanticized and persists even today.

Ireland's capital city of Dublin is dotted with these secretive and sometimes password-protected watering holes. Here are a few of our favorites:

This speakeasy, which is only open to those over the age of 23, boasts three floors and a roof deck.  Reservations are recommended for the iconic Temple Bar spot which is only marked by a door bearing the letters "V.C.C."

This circus-themed bar has an extensive cocktail menu that features drinks named after famous women throughout history.

Sometimes known as simply "no name," the bar is only recognizable by a wooden snail hanging above its door.  Aside from an evening of cocktails, make sure to check out its brunch offerings!

This speakeasy in Dublin goes above and beyond by not publicly posting their exact address! You'll have to phone or email ahead to get directions to The Blind Pig, a "New York Italian" inspired bar that's named after the police officers who would turn a 'blind eye' to illegal alcohol consumption during the Prohibition.

This unassuming spot on Dublin's Northside is frequented by celebrities like Saoirse Ronan, Domhnall Gleeson, and Ed Sheeran. Reviewers love the barman and host, Shay, as well as the nonstop '80s music.

Have you ever been to a speakeasy bar? Share your experience in the comments!