Zlatan Ibrahimovic is one of the best-known names in soccer. 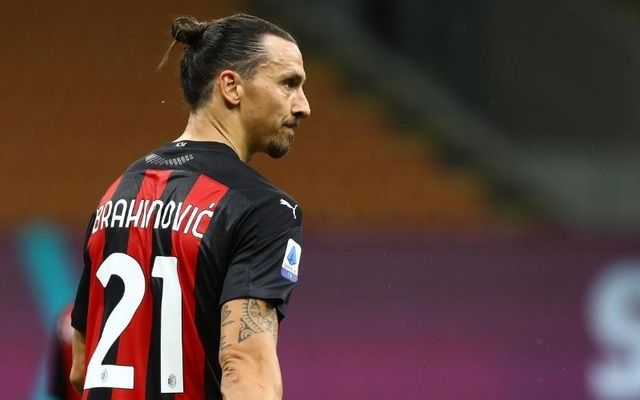 AC Milan's Zlatan Ibrahimovic is one of the best-known soccer players of his generation. Getty

Soccer superstar Zlatan Ibrahimovic will be coming to Dublin in mid-September after European giants AC Milan were drawn against Shamrock Rovers in a Europa League qualifier.

Ibrahimovic and Milan will make the journey to the humble setting of Tallaght Stadium in Dublin on Sept. 17 for a one-legged qualifier for European football's secondary competition.

Milan and Ibrahimovic are both giants of the game for different reasons.

The Italian club is one of the most decorated teams in Europe, winning the European Cup on seven occasions, the second-best record in history.

Ibrahimovic, meanwhile, is one of the most recognizable players in the world, and has played for some of the world's biggest clubs, including Manchester United and Barcelona.

More recently, he played with MLS side LA Galaxy during an 18-month stint in America.

Ibrahimovic, 38, returned to Milan last winter and has just put pen to paper on a one-year contract extension that will keep him at the club until he's almost 40.

For Shamrock Rovers, the fixture represents one of the biggest games in the club's recent history and, although Milan is a shadow of its former self, they are still a huge draw.

The game would doubtlessly have been a sellout had there not been a global pandemic that forced all sport behind closed doors.

Rovers, who currently lead the League of Ireland, came through a heart-stopping penalty shootout win against Finland's Ilves in the First Round.

The Dublin side eventually won a titanic tussle 12-11 after countless rounds of sudden death.

Even if they manage to overcome the daunting prospect of AC Milan, they will still have to navigate their way through one final qualifying round before they qualify for the Europa League proper.

Although it is Europe's secondary competition, Irish sides have only qualified for the Europa League on two occasions - Shamrock Rovers in 2011 and Dundalk in 2016.

Dundalk, incidentally, are also still in the Europa League qualifiers and were drawn in a far less glamorous, but decidedly easier tie against Inter Club from Andorra.

Read more: The long wait is finally over - an Irish Liverpool fan in Florida reflects on their Premier League title win