The American rock group Pixies make their Galway International Arts Festival debut in July 2022, and you could be there singing along with them. 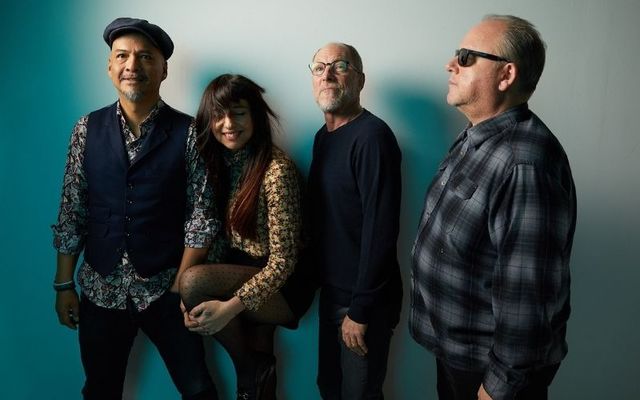 Enter our giveaway competition to be in a chance of winning two tickets to the Pixies performance at Galway International Arts Festival.

During the two packed weeks, the festival will feature the very best of the performing and visual arts from Ireland and around the world.

Music performances at the festival’s iconic Big Top on the banks of the River Corrib include acts like The Flaming Lips, Pixies, Kaiser Chiefs, The Academic, Jon Hopkins and The Stunning.

We're very excited to announce that Galway International Arts Festival is giving a chance for one lucky IrishCentral reader to win two tickets to see the American rock band Pixies live on stage. All you have to do is fill out the competition form below:

One of the most influential bands of the last thirty years, Pixies, whose mix of punk aggression and pop melodies helped establish the sound that would become the calling card of alternative rock in the 1990s, will play the Heineken Big Top on 14 and 15 July 2022.

Formed in 1986, they released a mini-album in 1987 called Come On Pilgrim, followed up by their first full-length album Surfer Rosa which featured songs such as “Where is my Mind” and “Gigantic” in 1988. Surfer Rosa was well-reviewed and became a college hit in the US and UK, catapulting Pixies to fame.

Take a look at what you can expect from Galway International Arts Festival 2022:

Visitors can hear Ireland’s finest traditional musicians and experience exhibitions by internationally renowned and emerging visual artists who have taken up residency in festival galleries.

They can come face–to–face with amazing street spectacle on cobblestone streets, watch the curtain rise and fall on international world premieres before they go on to tour the world, catch new Irish theatre before it goes on to tour the globe, see world-class dance acts, genre-bending opera, stunning visual arts, and top international music acts.

By night, they can eat in top-rated restaurants including a choice of Michelin-starred restaurants, an array of quirky local eateries, and enjoy a fireside drink in Galway’s cozy city–center bars.

So head to Galway, Ireland next July and experience extraordinary for yourself!