Aidan Turner is one of Irish acting's brightest stars. 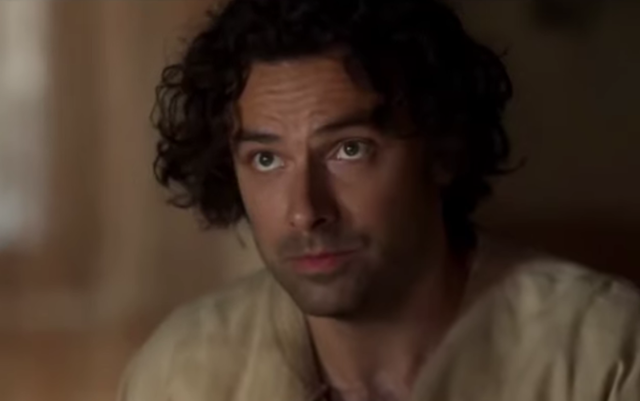 Poldark star Aidan Turner is one of Ireland's brightest acting talents - but who is the Dublin actor? And how did he make a name for himself?

Turner grew up in Clondalkin, a working-class area in Dublin's suburbs, and was a latecomer to the acting world.

The actor was working as an apprentice electrician in Dublin when he saw a notice in the Gaiety School of Acting in Dublin and decided to pursue his dream of becoming an actor.

After starring in several theater productions, Turner made his television debut in an uncredited appearance on the BBC hit show "The Tudors", and his career has been on an upward trajectory ever since.

After several small roles in both TV and film, Turner made his big break at the beginning of the last decade.

First, he landed a starring role in the BBC show "Being Human", a highly rated British supernatural comedy-drama series before he landed a role in "The Hobbit" series, a three-part prequel to the hugely popular "Lord of the Rings" trilogy.

"An Unexpected Journey", the first film in the series, proved to be extremely popular at the box office and ranks as the 45th most successful film of all time, taking more than $1 billion in box offices across the world. Turner played Kili, one of the lead dwarves, in the hit series.

It was in Poldark, however, where Turner made a name for himself as a heart-throb and excellent actor in the lead role of the BBC period drama.

Set in the late 1700s, the series follows Captain Ross Poldark who returns to Cornwall, England after serving in the British Army in the American War of Independence.

Based on Winston Graham's novels, the period drama proved to be extremely popular and successful and further boosted Turner's growing profile.

Aired in 2021 landed the role of Leonardo da Vinci in the eponymous "Leonardo" mini-series set to hit screens in the near future. The mini-series follows a young da Vinci as he learns his craft.

Since he's also starred in the TV series "The Suspect" and the "Toast of Tinseltown".

Turner has also scooped the honor of "World's Sexiest Man" in a 2016 poll conducted by Britain's Glamour Magazine.