On 'The Dr Phil Show,' the troubled Irish singer accuses her late mother of physical and sexual abuse. 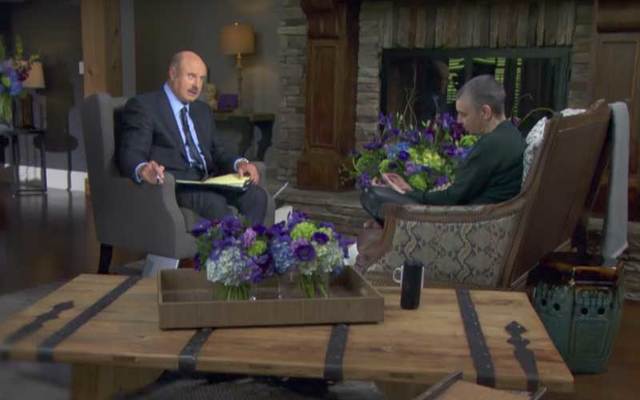 Sinead O'Connor sits down with Dr Phil McGraw to talk about her mental health struggles on an upcoming episode of 'The Dr Phil Show.' YouTube/The Dr. Phil Show

In a new interview with “Dr Phil” McGraw, Sinead O’Connor talks about her mental health and accuses her late mother of abuse.

The troubled Irish singer recently made headlines after she posted a video on Facebook saying she was suicidal and needed help.

"I am fed up of being defined as the crazy person, the child abuse survivor," she tells McGraw in a clip of an upcoming episode of The Dr Phil Show.

O’Connor accuses her late mother of physically and sexually abusing her, CNN reports.

"She ran a torture chamber," O'Connor says. "She was a person who took delight in hurting you."

When Dr. Phil asks her what she loved about her mother, who died in a car accident when O’Connor was a teen, the singer responds: “What I love about my mother is that she’s dead.”

On Jimmy Kimmel Live, McGraw told the late-night show host that it was O’Connor who reached out to him for help.

"She called and she said, 'I want to destigmatize mental illness,' " he said. "She said, 'I clearly have a problem, too many musicians are dying. I want to use my life, be a teaching tool. I'm willing to sit down and talk.' "

The Sinead O’Connor interview is set to air on The Dr. Phil Show on Tuesday.