The Old West Stagecoach Stop, which opened in the 1960s and became popular in the 1970s, still attracts visitors from all over the United States. 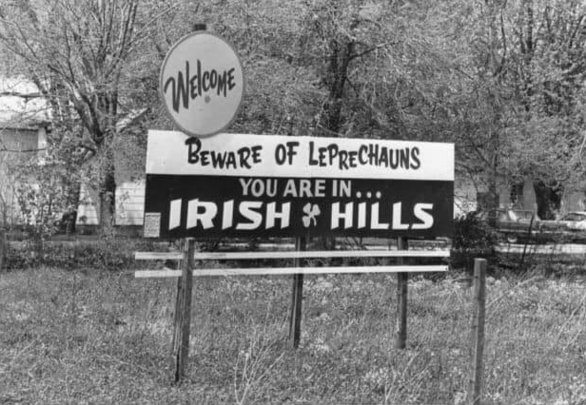 An old western-themed attraction in Irish Hills in Michigan is set to be converted into a year-round town of horrors.

The Old West Stagecoach Stop, which opened in the 1960s and became popular in the 1970s, still attracts visitors from all over the United States.

Located in Onsted in Michigan's Irish Hills, the western-themed Copper Creek Lodge boasts 14 rooms, a pavilion, a pool, an amphitheater, and an old wedding chapel.

The attraction also boasts a year-round escape room and a haunted house that operates at Halloween.

However, when filmmaker Nate Thompson recently walked through the Stagecoach Stop, he had a vision of converting the attraction into a year-round horror town.

Thompson has signed a three-year multi-property lease at the attraction and plans to convert them into "Salem witch houses".

He told MLive that he was initially recruited to help with the Halloween haunted house but said he became inspired when he walked through the attraction's Old West town square.

"Initially, they wanted me to help out with the haunted house they have in October. Then they walked me past this courtyard which looks like an Old West town square. I asked them if anyone was doing anything with this area. My mind then envisioned turning it flat black like the Salem Witch houses," Thompson told MLive.

Thompson revealed that he is now working on several horror-themed attractions, including a museum of horror artifacts, a collectibles store of horror memorabilia, and an old-style cinema that will display black and white horror movies around the clock.

He said the haunted house will also be extended into a year-round attraction.

"I’m super excited about all of this. I haven’t been telling too many secrets about what I’m doing here. I want people to have that surprise factor," he said.

The filmmaker revealed that he plans to have the horror town up and running by August 1.