U2 are heading back on the road this year 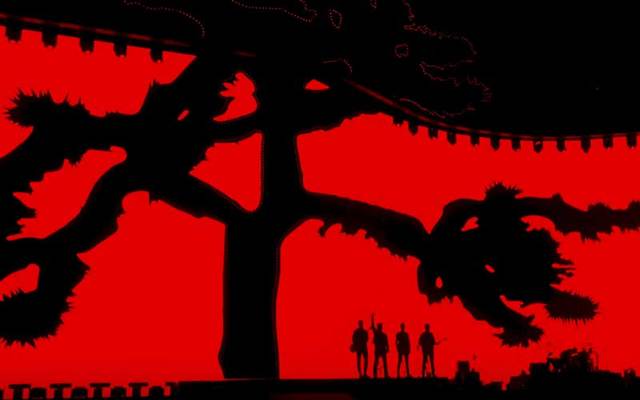 U2's The Joshua Tree Tour 2019 has been announced for later this year. YouTube/U2

U2 will be back on the road later this year with The Joshua Tree Tour 2019.

The Dublin-based band, which confirmed the tour via Twitter, will perform their iconic album in full as part of a tour stopping in New Zealand, Australia, Japan, Singapore and South Korea.

In 2017, U2 celebrated the 30th anniversary of the 1987 album with a tour to North America, Latin America, and Europe. The tour included a concert at Croke Park in July 2017, RTÉ reports.

It will be the band’s first ever visit to Singapore and Seoul.

"Our audience has given The Joshua Tree a whole new life on this tour. Doing these shows has been very special for us, a lot of emotion… From the despair of how relevant some of the dark songs still are, to the joy, pure fun of the staging… it's quite a ride,” said Bono in a press release.

"And now we get to do it all over again. Auckland, Brisbane, Melbourne, Adelaide, Perth, Sydney, Tokyo, Singapore, Seoul… We're coming for you."

Read More: Rare U2 clip from the 80s reminds us how rock and roll they really were

The tour starts in Auckland, New Zealand on November 8 and runs through December.

For ticketing information, go to U2.com.