"They hate music, they hate women, they even hate little girls. They hate everything that we love,” Bono said. 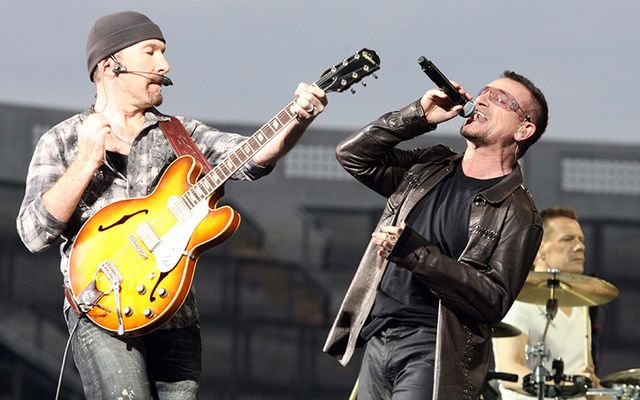 Taking a break from their major tour commemorating 30 years of album “Joshua Tree”, veteran Irish rock group U2 took some time to speak on Jimmy Kimmel last night, paying tribute to the spirit of English city Manchester and highlighting their dismay at the current US President Donald Trump.

"They hate music, they hate women, they even hate little girls. They hate everything that we love,” Bono said, referring to the suicide bombing that took place at the Manchester Arena on Monday evening in which 22 died and 59 others were injured.

“And, you know, the worst of humanity was view in Manchester last night. And so was the best as people took perfect strangers into their hands and queued up for blood banks. Manchester has an undefeatable spirit, I can assure you.”

On Monday evening, a suicide bomber now named by English police as 22-year-old Salman Ramadan Abedi - a Mancunian of Libyan descent - detonated a device in the English concert venue following a show by 23-year-old US singer Ariana Grande.

U2 themselves were present in Paris when a similar terrorist attack claimed the lives of 130 people, 89 of whom were attending an Eagles of Death Metal concert in the Bataclan concert venue. Following the tragedy, U2 frontman Bono went on to pen a song for the French capital titled "Streets of Surrender" or "SOS".

The lead singer has been far from silent in his criticism of current US President Donald Trump also and speaking to Kimmel, he referred to the way he thought things had changed in US politics now with the former reality TV star in the Oval Office.

Despite host Kimmel joking that the group still sound like they love the US more than 99 percent of US citizens right now, Bono was quick to say that he didn’t think he’d be able to make a deal with the president within his charitable work.

"Everything's different now. The game has changed,” Bono said, acknowledging that he can understand the anger of Trump voters and their desire for change within politics, harking back to the band and his own more working class roots in Dublin many decades ago.

"I don't think he's the cure for this problem. I think he might make it worse,” the frontman continued.

Talk also turned to the massive influence of Bruce Springsteen as Jimmy Kimmel referred to the incredible experience he’s had at both U2 and Springsteen concerts.

Retelling advice The Boss had once given them, Bono stated that Springsteen warned them never to do TV as you should never give another person the opportunity to turn you up or down!

Read more: Irish couple who saved each other in Bataclan attack now engaged

The long-running Irish group also performed their classic hit “I Still Haven’t Found What I’m Looking For” accompanied by an incredible gospel choir rising from the audience.