U2’s experience doesn’t shine through in Songs of Experience

“While Bono’s pen is as sharp as ever on the lyrics, it must be said that the music on Songs of Experience is remarkably dull.” 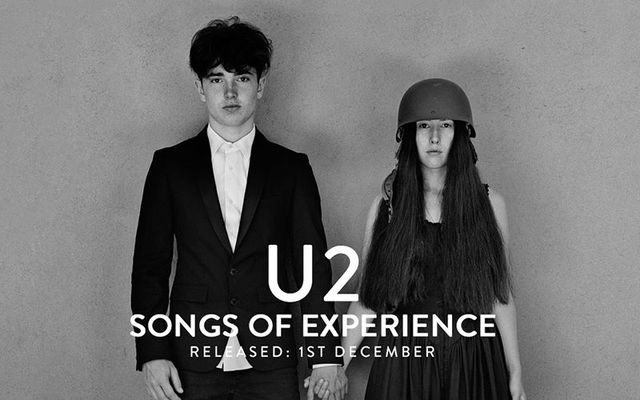 The cover of U2's new album Songs of Experience.

Fans of U2 were expecting an almost immediate follow-up to 2014’s Songs of Innocence when Bono announced that the companion album Songs of Experience was already on deck. But longstanding fans have learned to pack patience by now because these Dublin lads will release no album before they’re good and ready to do so.

To complicate this, the band has endured some personal stumbles, from Bono’s tumble off a bicycle in Central Park and another recent unidentified health scare, to the recent negative backlash from the band’s questionable tax practices.

Now, after three long years, we finally get to experience their next chapter with Songs of Experience.  Unfortunately, it was not worth the wait.

Songs of Experience was produced by a who’s who of luminaries: Jacknife Lee, Ryan Tedder, Steve Lillywhite, Andy Barlow, Jolyon Thomas, Brent Kutzle, Paul Epworth, Declan Gaffney and Danger Mouse. As you might expect, too many cooks spoil the musical broth on the disc as the producers try to keep the band current at the expense of scrubbing the alleles of U2’s DNA from the melodies.

It almost feels like Bono and the boys are reactionary on Songs of Experience, feeling the hot breath of Coldplay and OneRepublic as they fill stadiums by out-U2-ing U2.

To make matters worse, not one of these musical consultants packed a pair of scissors to trim some of the fat from the mix.  There is an outstanding EP of material buried somewhere inside a laborious casing of 15 tunes. More on that later.

Let’s start this off with a bit of good news. If you can judge a book by its cover -- and U2 offspring appear on the cover of their last two albums -- one can deduce that Songs of Innocence (Larry Mullen Junior hugging his son at the waistline) and Songs of Experience (Bono's son Eli and the Edge's daughter Sian holding hands) were penned for the next generation in their families.

Whereas Songs of Innocence delved in the searing memories of growing up in working class Dublin during The Troubles, the lyrical content on Songs of Experience provides an inspiring and moving guidepost for a life well lived from lessons learned in the harsh glow of the spotlight.

“Nothing to stop this being the best day ever/nothing to keep us from being where we should be” Bono sings in the dreamy, pensive album opener “Love Is All We Have Left.” “Shouldn’t be here ‘cos I should be dead/I can see the lights ahead of me/I believe my best days are ahead,” he sings on “Get Out of Your Own Way,” a wink to the serious health scare he reportedly had during the recording of the album. The track offers a chorus encouraging you to “free yourself to be yourself” that provides another life lesson to the young ones that life is indeed short.

Or at least it seems like he’s singing to the next generation of the U2 family: you never really know what Bono is singing about, which makes him one of rock’s most potent lyricists.

On “The Showman,” a jangly pop tune that could easily fit in on October or Boy, his tongue is firmly in cheek when he boasts about how he can “light up a room like a birthday cake” while acknowledging he possesses “a level of shadow that you just can’t fake.”  “It is what it is but it’s not what it seems/this screwed up stuff is the stuff of dreams/the showman gives you front show to his heart/making a spectacle of falling apart is just the start of the show/I lie for a living, I love to let on/but you make it true when you sing along,” he croons, making you wonder if he’s confessing to something or throwing shade toward the reality star that currently occupies the White House? With Bono, you just can’t be sure.

While Bono’s pen is as sharp as ever on the lyrics, it must be said that the music on Songs of Experience is remarkably dull: Songs of Recycling might be a better title.

Zooropa from 1993 is proof positive that U2 is perfectly capable of throwing musical curveballs by themselves but in 2017, they rely on an army of producers to churn out electronic bleeps and blips that try and ultimately fail to impress the cool kids on Spotify. It takes effort to forage for memorable riffs or hummable choruses as the album starts and truth be told, if I wasn’t such a big fan wasn’t getting paid to review this, I probably would’ve dumped out of the album long before finish.

“Love Is All We Have Left” is a spacey and depressing dirge, a shock to the system for a band famous for igniting their discs with tracks like “Vertigo” or “Beautiful Day.” Speaking of “Beautiful Day,” U2 shamelessly rehashes that song on “Get Out of Your Own Way” with the titles even rhyming.

The chords on “Lights of Home” are just a slower read through of “Get On Your Boots,” from 2009’s forgettable No Line on the Horizon. The end of the deluxe version of the album contains a “St. Peter’s Strings” orchestral version of the track, which sounds much more like an original song than a leftover.

“Blessed are the bullies/for one day they will have to stand up to themselves,” Bono chants in unison with Kendrick Lamar, ushering in the semi-political “American Soul.” Over a done-to-death fuzzy T-Rex riff, Bono reheats some of the cloying stage banter from this summer’s Joshua Tree 2017 tour about “America being not a place but a sound of drum and bass, a place of ideas.”

One welcome rehash appears on “13 (There Is a Light)" a love song (perhaps marking Bono’s 35 wedding anniversary earlier this year?) that also circles back to Songs of Innocence as it reprises the chorus of that LP's "Song for Someone." It bridges the two companion albums together subtly yet brilliantly.

The band doesn’t kick into high gear or break new ground until around the sixth track. “Summer of Love” is a sultry tune built on a spine tingling, escalating riff.  The Edge usually shapes the sound of a U2 album with his bottomless bag of foot pedal studio trickery but on much of this album, it is Adam Clayton’s bass guitar that takes front and center.

A taut, New Wave-coated funk line provides an anchor to “Red Flag Day,” a punchy rocker that is an album standout. “The Blackout” dances on the shoulder of a wickedly jagged bass riff that guides a sinister disco beat.

U2 are master marketers and performers, so it is easy to imagine the more uplifting shards of Songs of Experience becoming background sonic fodder on the sappy athlete vignettes of NBC’s upcoming Olympic coverage. The new material will also likely gain new ears as the band reinterprets them onstage during their tour of arenas next year.

Record reviewing is about cataloguing initial reactions on a deadline, which sometimes comes at the expense of truly savoring subtle nuances. Who knows? History might be kind to this collection of songs, and it wouldn’t be the first time this reviewer has eaten crow when it comes to harshly judging the output of Ireland’s biggest global brand (#PopMart).

Yet this reviewer, who has scarcely missed a U2 area show since 1985, got the equivalent of Willy Wonka’s Golden Ticket this week as Ticketmaster doled out an exclusive access code for a presale and passed on the opportunity to experience the ho-hum Songs of Experience.

For the princely sum of $175 to sit behind the stage, sometimes there are life experiences that are sadly just not worth it.

Read more: Is the criticism of U2’s Bono warranted or does he get a bum rap?