Cat Dowling and Hannah McPhillimy will perform at the Irish Arts Center on March 9. 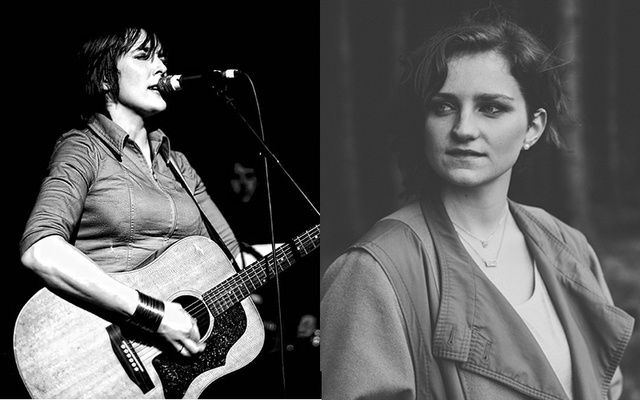 Cat Dowling and Hannah McPhillimy will perform at the Irish Arts Center on March 9.

This month, SongLives returns to the Irish Arts Center with an intimate performance from Dowling and McPhillimy showing an American audience why they are held in such high regard in Ireland.

With award-winning McKeown as curator, performances are sure to be spectacular, and an ideal opportunity to see two of Ireland’s rising stars.

Previously compared with the likes of  Feist, Regina Spektor, and Daughter, Belfast singer-songwriter Hannah McPhillimy has been described by Ireland Hot Press magazine as “honest and personal song-craft, paired with beautiful vocals.” Her dedicated fan base has been growing with thanks to her “quietly captivating” performances as her jazz-inflected indie warmth accompanies the windswept influences of her upbringing on the rugged North Coast of Northern Ireland.

Having performed on RTÉ’s Other Voices and at SXSW in Austin, Texas, McPhilimy launched her debut EP in 2013 and has been described as “a bit of a wonder” by the Irish Times and “a show-stopping voice” by The Irish News.

Cat Dowling’s star is no less bright, writing beautifully dark pop songs with a unique voice that has drawn comparisons to Portishead. With low-key beats colored under layers of sonic delights, her passionate voice has earned her recognition as one of the most wonderful and evocative in Irish contemporary music.

Her first album “The Believer” released in 2013, is described as “a stripped-down affair of funeral pop” while the Irish Times has described her as “Inspirational...Catherine Dowling's austere murmurings are hypnotic.”

SongLives featuring Cat Dowling and Hannah McPhillimy will take place on Thursday, March 9, 2017, at 8 pm.  Tickets for the performances start at $14 and are available by visiting www.IrishArtsCenter.org or by calling 866-811-4111. Irish Arts Center is located at 553 West 51st Street.