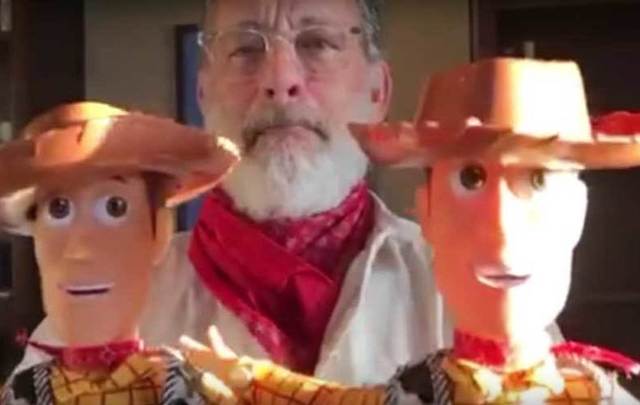 Toy Story 4 is now in theaters in the US! To celebrate, we look back to when the films' star Tom Hanks reached out to a pair of Irish twins.

Tom Hanks, who plays Woody in the beloved 'Toy Story' films, proved what an absolute legend he is when he took time to reach out to the Benhaffaf twins in Co. Cork.

Hassan and Hussein Benhaffaf were born conjoined in December 2009. A year after their birth, they were successfully separated during a 14-hour operation.

Since then, the twins have had to endure 52 surgeries and continue to face ongoing health challenges. Throughout all this, the twins have kept their 'Toy Story' Buzz Lightyear and Woody toys at their side.

Miceal O'Hurley, who runs the Fantastic Flavours ice cream shop in Co Cork and has also worked in US Congress, told The Irish Times that the Benhaffaf family was one of his ice cream parlor's first customers.

When he learned about the twins' brave story and their love of 'Toy Story,' O'Hurley reached out to Tom Hanks's representatives.

Hanks, who voices the character Woody in 'Toy Story,' was touched to learn the boys have kept their cuddly Woody and Buzz toys with them through every operation.

Hanks decided to film a short video as a surprise for the boys. Wearing a red bandana like Woody and playing the 'Toy Story' theme song ‘You’ve Got a Friend in Me’ in the background, Hanks can be seen writing the boys names on the shoes of two Woody dolls in the video.

O’Hurley told The Irish Times: “We got the video at 3 am and my wife Oksana and I sat up in bed in tears. The thoughtfulness. The kindness. The generosity of spirit of his act was extraordinary."

“I think what I love about Tom Hanks is that if he wasn’t a mega star, and he was the local guy in the hardware store, he would still go out of his way to be a decent person."

“Tom wanted the boys to know that he admires them and wants to be their friend.”

“Next time the boys are feeling low or stuck in a hospital bed they can flip on a video and be reminded that they are special. This is about lifting their spirits.”

O’Hurley said he and his wife are inspired by the resilience of the nine-year-old boy and the dedication of their parents, Angie and Azzedine Benhaffaf.

“What people don’t realize is the boys Dad, who was an extraordinarily talented chef, had to leave his job to care for the family. He and the boys' mom, Angie, are full-time carers and they also have two other children."

“They go to London for surgeries. Some things are covered but the out of pocket expenses aren’t. On any given trip it costs them €2,000 to €3,000 out of pocket that they don’t get reimbursed. This family face adversity that people don’t even realize.”

“I am proud to know the boys and to call them my friends. They are an extraordinary family.”

You can watch Tom Hanks's special video for the Benhaffaf twins here:

A GoFundMe has also been launched for the Benhaffaff family.