Thousands of Irish audition to be extras on "Game of Thrones"

The hit HBO series held an open casting call in Dublin this weekend. 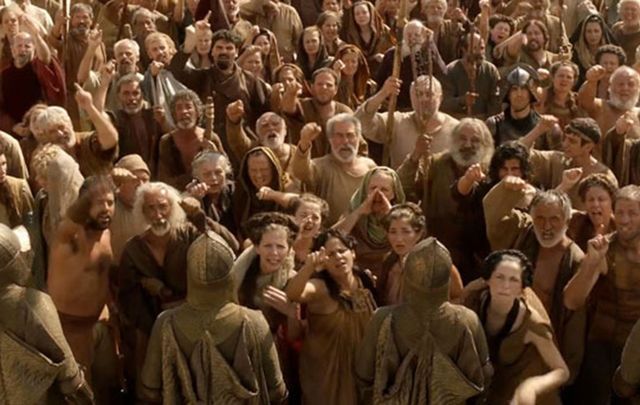 It could be you!!! Thousands want a chance to be an extra on HBO's "Game of Thrones". HBO

Thousands of Irish hopefuls lined up in Dublin this weekend for a chance to be an extra on the 'Game of Thrones.'

An open casting call for the hit HBO series as well as other shows was held on Saturday, April 8 in the capital city. It appears that most of the people who showed up were there to audition for George R.R. Martin’s fantasy drama, which films in many locations across Northern Ireland including Inch Abbey, Audley’s Field & Castle, and Larrybane and Carnlough on the north Antrim coast.

Over a thousand acting hopefuls have attended an open audition for hit series Game of Thrones pic.twitter.com/9Vma9d7Sh8 via @rtenews

Emma Sweeney, the managing director of The Extras Department, told RTÉ: "if you're on our books then you've a chance of being selected."

The casting call, which took place at the Extras Department on Bow Street in Smithfield, was open to the public and acting experience was not required.

Season 7 of the show is scheduled to premiere on July 16, so anyone who was chosen to be in the show from this weekend's call would feature on "Game of Thrones’" eighth and final season, scheduled to air next year.

Read more: Want to cycle to the Game of Thrones locations in Northern Ireland?