"The Irishman" is among Netflix’s most popular movies to date

Martin Scorsese’s “The Irishman" attracted 64 million views in the first four weeks of its release. 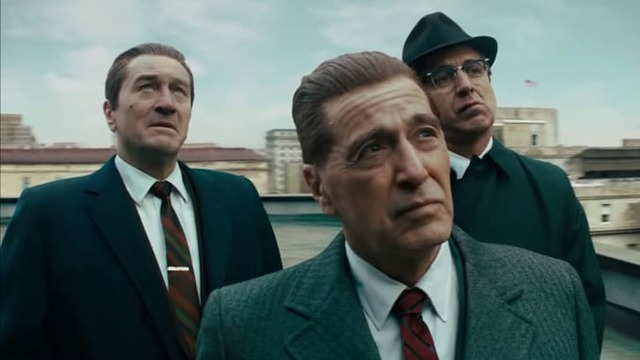 Netflix has revealed its most popular original films.

This is the first time the streaming giant has ever released a list of its top 10 movies.

Martin Scorsese’s “The Irishman,” which attracted some 64 million views in the first four weeks of its release,  is the streaming giant’s sixth-most watched film.

Read More: What you need to know about Martin Scorsese's The Irishman

The film is adapted from Charles Brandt’s 2004 book “I Heard You Paint Houses” about hitman Frank “the Irishman” Sheeran. The film, which spans decades, was costly to make and spent much of its budget on de-aging technology to make its starring actors look younger.

Netflix’s most-viewed film was “Extraction,” an action film starring Chris Hemsworth, which attracted 99 million views in its first month. Next on the list is dystopian thriller “Bird Box,” starring Sandra Bullock, which attracted 85 million views.   (Note: Netflix counts anyone who watched two minutes or more of a movie as a view.) Follow-ups to both "Extraction" and "Bird Box" are currently in the works.

According to Bloomberg, Netflix has released more original movies than any major Hollywood studio in recent years.

Here’s the full list of Netflix’s most viewed films: