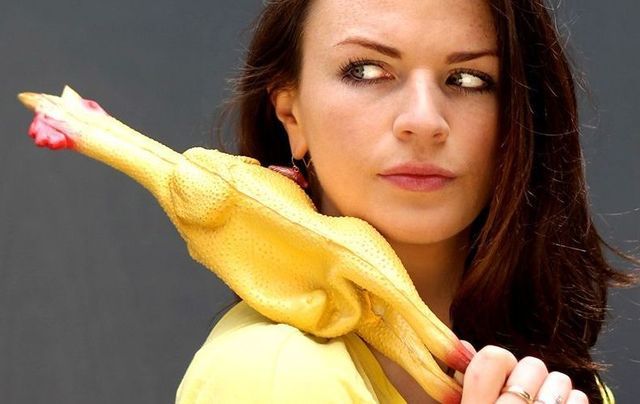 Waterford comedian Tyrone Power was Ireland’s first successful comedy export in 1833, becoming a star in America. Since then, many talented Irish comics have been seen on stage and screen.

You can learn about many more Irish entertainers at EPIC The Irish Emigration Museum in Dublin, an interactive experience that tells the fascinating stories of over 300 Irish people, past and present. Here are just a few of the best comedians from Ireland you may not know.

"A good storyteller never lets the facts get in the way."

Comedian Dave Allen was from Firhouse in Dublin. His laidback, satirical performances and acute comedy timing made him a household name on British and Irish television in the 1970s. Describing himself as a “practising atheist”, Allen often made fun of priests and the Church. Perhaps he inherited this desire to speak the truth from his father and grandmother, who were both journalists.

His provocative sense of mischief led to him once being banned from Australian television in the 1960s, then from the Irish state broadcaster in 1977. Irish actor Aidan Gillen of Game of Thrones fame is set to star as Allen in an upcoming BBC biopic.

On his grandmother who, as a teenage member of the old IRA, hid in a ditch to escape a British army patrol: “Would a 16-year-old today manage to stay in a ditch for six hours, without texting their friends – ‘am in a ditch, where r u?’”

From Bray in County Wicklow, Ó Briain studied mathematics and theoretical physics, before beginning his career as a children’s television presenter on Irish television. A fluent Gaelic speaker, the hugely popular comic tours around the world while also hosting UK television shows running the gamut from comedy to science, video games to travel. Ó Briain has recently published his first children's book, about the world of space.

Aisling Bea hails from County Kildare and the award-winning stand-up comic, actress, and writer has honed her comedic skills in London. Known for her engaging, observational style, as well as her many appearances on British television she has performed in America and at Just for Laughs in Montreal.

Of creative stock, her grandfather was Mícheál Ó Súilleabháin, a Gaelic poet and novelist from West Cork who fought in the War of Independence. Bea is a patron of the London Irish Centre and has organized fundraising shows to raise money for young Irish immigrants.

“Be careful with drinking this Christmas. I got so drunk last night, I found myself dancing in a cheesy bar, or as you call it, a delicatessen.”

What are the odds of two great Irish comedians being from the same suburb? Stand-up comic, writer and actor Sean Hughes grew up in Firhouse, the same South Dublin area as Dave Allen. His playful material led to successful live shows and television appearances as a presenter and performer. Sadly, Sean Hughes passed away in October 2017.

You can learn about Dave Allen, Dara Ó Briain, Aisling Bea and many more at EPIC The Irish Emigration Museum in Dublin, an interactive experience that tells the fascinating stories of over 300 Irish people, past and present, and relives some of the greatest achievements and accomplishments in the world of sport, music, art, culture, politics, design and science.

In 1994, Riverdance debuted at the Eurovision Song Contest