Following Shalane Flanagan’s win at the NYC marathon, an homage to Irish sportswomen who achieved success through the decades. 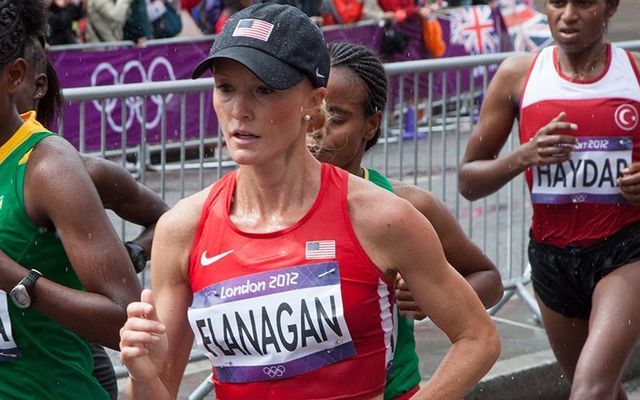 Following Shalane Flanagan’s win at the NYC marathon, an homage to Irish sportswomen who achieved success through the decades.

Earlier this month, Irish-American distance runner Shalane Flanagan became the first US-born woman to win the New York City Marathon in 40 years. Born in Colorado, Flanagan grew up in the Massachusetts town of Marblehead, and athletics clearly runs in the family, with both of her parents accomplished athletes.

You can learn more about Irish sports stars at EPIC The Irish Emigration Museum in Dublin, an interactive experience that tells the fascinating stories of over 300 Irish people, past and present. Here are several women who made their mark on the world stage of sporting history.

Irish boxer Katie Taylor recently became WBA world lightweight champion, following a spirited performance to defeat Argentinian Anahi Sanchez in Cardiff, Wales. Along with Conor McGregor, Taylor is the most talked-about fighter in Ireland, hugely popular and heralded in her homeland since taking an Olympic gold in 2012. The talented 31-year-old County Wicklow native has quickly achieved success since making her professional debut in November 2016.

Mabel Cahill (1863 – 1905) grew up in County Kilkenny and established residence in New York and became the first foreign tennis player to prevail at a major championship when she won the 1891 US Tennis Championships. She successfully defended her title the following year, defeating Bessie Moore in a hard fought, five-set final. She then elected to default her crown in 1893 and did not compete again on the international level, returning to Ireland, leaving an enviable record of success in the United States behind her.

"Dangerous" Deirdre Gogarty is an earlier world champion pro boxer from Ireland. Born in 1969 and hailing from Drogheda, County Louth, one of her biggest fights was with the Irish Boxing Union, which would not sanction women's pro fights in her home country. Ireland's loss was eventually America's gain, as this policy forced Deirdre to fight her entire pro career in other countries - first in the UK and then in the USA. She settled in Lafayette, Louisiana, where she still trains boxers today.

Sarah 'Fanny' Durack (1889 – 1956) was the daughter of Irish emigrants and became Australia's first female Olympic gold medallist, taking the 100m freestyle at the 1912 Stockholm summer games. There was resistance to her competing and Durack had to pay her own way to get to the contest from Sydney. Fanny came to prominence when the sport of swimming in Australia was segregated by gender (men were not allowed even watch women swimming), but went on to dominate the sport for most of that decade.

Geraldine Heaney was born in Lurgan, County Armagh, in 1967, and became an accomplished ice hockey player and coach in Canada. She played over 1,000 games with the Toronto Aeros and was on the Canadian national team in seven Women's World Championships, winning gold each time. Heaney is a two-time Olympian and was among the first women to be inducted into the International Ice Hockey Federation (IIHF) Hall of Fame, as well as Canada’s Hockey Hall of Fame and Sports Hall of Fame.

You can learn more about Irish sports stars at EPIC The Irish Emigration Museum in Dublin, an interactive experience that tells the fascinating stories of over 300 Irish people, past and present, and relives some of the greatest achievements and accomplishments in the world of sport, music, art, culture, politics, design and science.