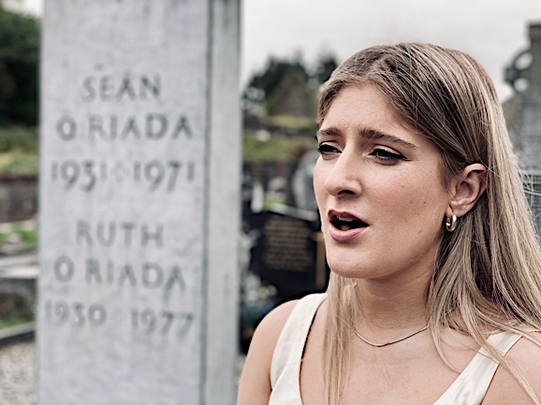 Just a couple of months ago the Irish language television channel TG4 celebrated its 25th anniversary, and the station that has established itself as the primary outlet for informative and entertaining traditional Irish music all year long is the one bearing gifts for us to savor this Yuletide.

While we have been accustomed to reviewing TG4’s excellent output in that vein from their archival treasure trove over the holidays in years past, they are showering us with four new broadcasts this year including two formidable documentaries that will have us glued to the screen no matter what platform we use.  However, I suggest you choose the biggest screen possible because the production values have grown significantly at TG4 along with the programming over the quarter-century.

On St. Stephen’s Day, December 26 at 9:20 p.m. Irish time, the newly formed Tain Media company will offer its maiden documentary, a program that many will be talking about for years afterward. Seán Ó Riada – Mo Sheanathair (Sean O Riada – My Grandfather) is a powerful and personal exploration taken by the young musician and TG4 broadcaster Doireann Ní Ghlacáin, who chose the 50th anniversary of O Riada’s passing to delve into a seminal 20th-century figure in Irish music history.

While traditional music courses through her veins on both sides of the family, her heartrending focus here begins and ends in captivating fashion with a journey to discover a grandfather she never knew who died at the age of 40 in 1971.  O Riada battled alcoholism that led to cirrhosis of the liver and ultimately a heart attack in London while awaiting a transplant that would never come.

Ní Ghlacáin’s methodical and very honest expedition exposes the voices of her mother Sorcha, her Aunt Rachel and Uncle Peadar O Riada in conversation about O Riada and his widow, Ruth, through old video interviews to help paint the picture of the controversial artist whose legacy has pros and cons as the informative documentary unveils along the way.

Ruth’s portrait plays very heavily in the new documentary, revealing a strong, independent partner whose own tragic death from breast cancer just six years after Sean draws even more empathy for the family that coped with so much in the short yet brilliant career that was the legacy of O Riada.

This is a profound and seamless presentation that will lead to further discussions about a very talented man spurred on by the viewpoints shared by so many contributors featured in the broadcast.

Plaudits aplenty are due to Doireann’s collaborators at Tain Media. Felimi O’Connor co-wrote and directed the film and his brother Donal O’Connor produced it, demonstrating not only the professional video skills they possess but their earnest input as generational musicians who want these stories told well for posterity.  Executive producers Jim Sheridan and Neil Martin added their expertise to the project funded by UCC and the Northern Ireland Irish Language Fund along with TG4.

Last Sunday, December 19 came the debut of another extraordinary documentary showcasing the multiple skillsets of a Limerick lady, Louise Mulcahy, who along with her father Mick and sister Michelle have been in the forefront of Ireland’s traditional music community for more than a quarter-century defining the essence of the “pure drop” sensibility in their music.  Louise is also a prominent representative of the contemporary corps of female uilleann pipers extant in Ireland and abroad today. 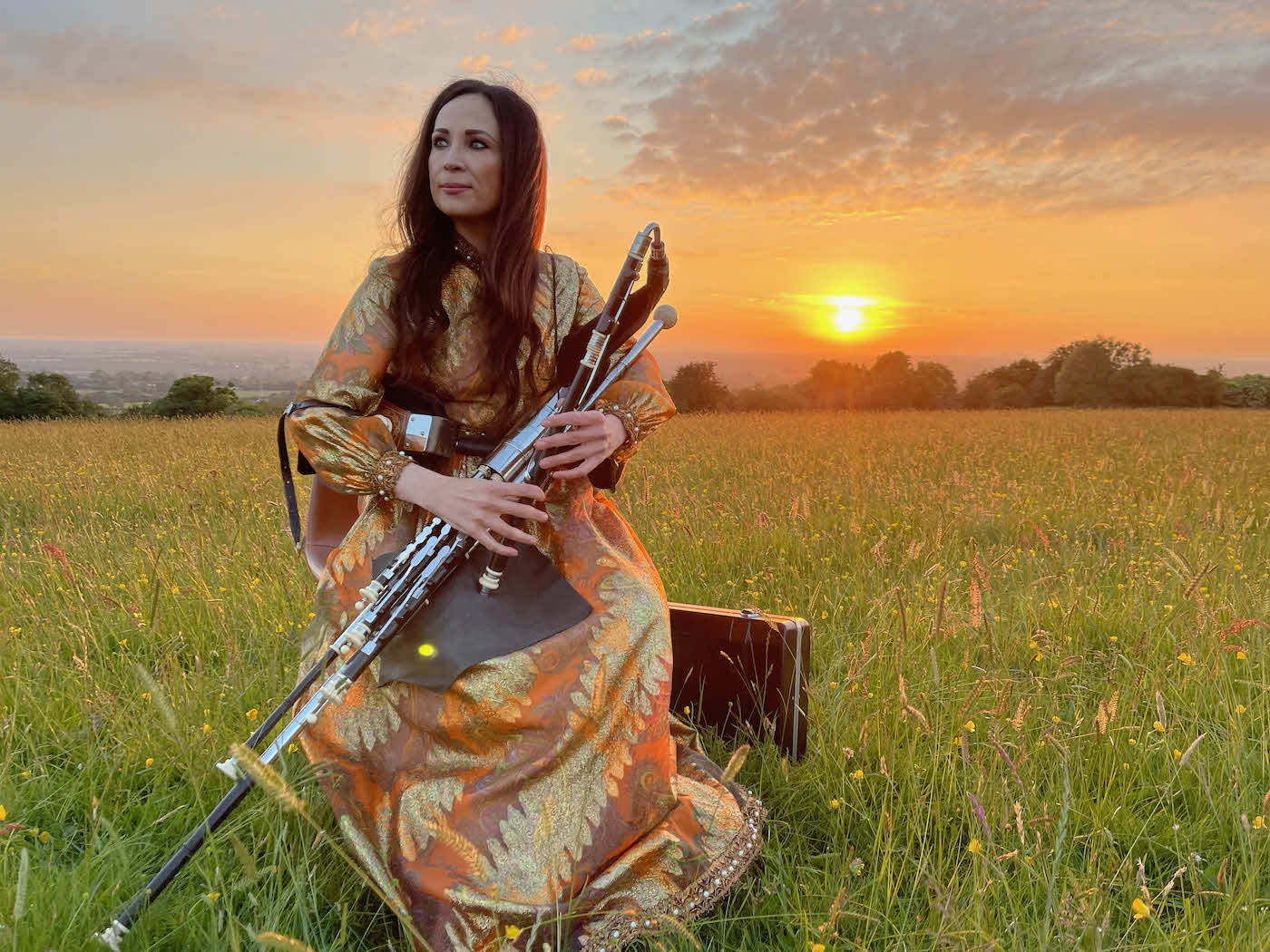 And like her sister Dr. Michelle Mulcahy, they are part of a vibrant younger generation who not only play traditional music at a high standard but have the academic chops to further enhance our knowledge and appreciation of it manifesting itself here in the 21st century.

Louise has been intensely researching the phenomenon of why we know very little about female pipers in the lore of Irish music history and so much more about male pipers. And the early fruit of her labors is Mná na bPiob (Women Pipers), searching for further details of an overlooked group of musicians “airbrushed” out of our musical history for various societal reasons down through the 19th and 20th centuries surrounding one of Ireland’s native instruments.

The new documentary brings to light new details about some of these lady pioneers who were recognized in their time and place if not thereafter such as Kitty Hanley, Nance the Piper, Anna Barry, May McCarthy, Margaret Murphy and Violet Johnston. Mulcahy demonstrates her research technique by visiting with family members, scholars and fellow musicians to shed light on women whose extraordinary roles should be further recognized at long last.

The production is further enhanced with a number of historical recreations by present-day musicians for visual context along with old photos or documentary evidence.

One aspect of the documentary that may grab the most attention is an extraordinary example of the plot that Louise has laid out for us.  Last summer in the Irish Traditional Music Archive on Merrion Square in Dublin, two of Leo Rowsome’s early piping students, Paddy Moloney and Betty Nevin, shared memories of their lessons and days with the godfather of the uilleann pipes.

In their shared memories, we learned that Rowsome showed no bias in prepping his students for the very first Fleadh Cheoil in Mullingar in 1951.  Nonetheless, they offered evidence of the divergent path for men and women pipers as Moloney went onto fame and fortune as leader of the Chieftains until his passing in October.

Nevin gave up the pipes after getting married and raising a family. It appears to be the last interview that the declining Moloney gave in public. Mná na bPiob was produced with assistance from the Broadcasting Authority of Ireland and is viewable on-demand on the TG4 Player option.

The legendary Galway musician Burke passed away in February of 2021 under the restraining circumstances of the current pandemic. It simply wasn’t possible to acclaim him properly back then, but the upcoming production will attempt to do so now.

The TG4 release describes the program as “a special night of celebration with family and friends in memory of Joe Burke, including performances by his wife, herself an extraordinary accordion player, Ann Conroy. We’ll celebrate the man who lifted many a heart with his wit and storytelling and influenced countless musicians all over the world. Some of them will be heard in this program, with performances from Ann Conroy Burke, Mary Conroy, Frankie Gavin, Charlie Lennon, Eileen O’Brien, Máire Ní Chathasaigh, Liz and Yvonne Keane, Jackie Daly, Dermot Byrne, Máire Ní Chathasaigh agus Conchubhar Ó Luasa.”

Burke was not only an extraordinary musician but also a teacher and archivist whose personal philosophy "you don’t just play music for life. Music becomes your life," explains why he was one of the most dominant musicians of his generation and will be further documented in this most worthy program produced by Aniar TV.

On Monday, December 27 at 8:15 p.m., airing for the first time on TG4 is a gorgeous concert called Róisin Reimagined presented initially at St. Canice’s Cathedral in Kilkenny back in August as part of the annual Kilkenny Arts Festival.

Featuring one of Ireland’s most beautiful voices in Muireann Nic Amhlaoibh with the Irish Chamber Orchestra produced by Donal O’Connor, it reflects the majesty of Gaelic Ireland through its music and songs like “Róisin Dubh” and “Mo Ghile Mear” in a beautiful and historic setting.

TG4 programming at Christmas and year-round is the gift that keeps giving either by live stream or via its player option at www.tg4.ie. The above shows can be viewed there but also the following: Cherish the Ladies Christmas in Ireland concert from 2020; Anuna’s On a Cold Winter’s Night (24th); Mairtin O’Connor’s Mighty Ocean (26th); 2021 TG4 Gradam Ceoil (31st); We Banjo 3 (31st); The Chieftains Live at Montreux Festival (January 2).