Pogues legend front man MacGowan defends his use of the word "faggot" in the 1987 song as it suited the character in the Christmas classic. 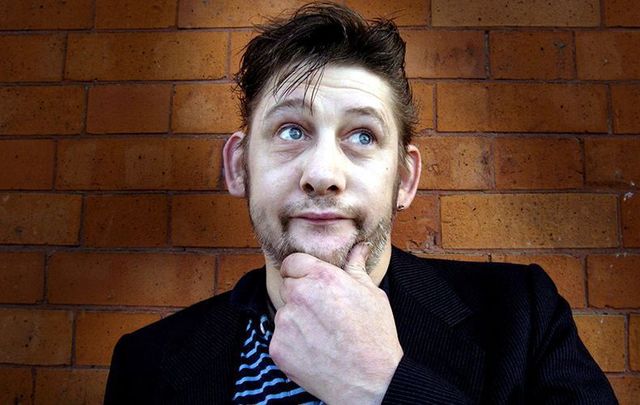 Pogues legend front man MacGowan defends his use of the word "faggot" in the 1987 song as it suited the character in the Christmas classic.

Fairytale of New York is the seasonal classic which has come under fire from a BBC radio presenter for its “nasty” and “offensive” lyrics.

But calls to ban Fairytale of New York from radio haven't dampened the song's popularity after it was confirmed as the most-played yuletide track on UK radio last year.

The timeless Pogues' ballad was also voted the most popular Christmas song in the UK in a poll by PRS for Music, which pays royalties to members when their songs are played.

PRS for Music said the 1987 hit which featured Shane MacGowan and late singer Kirsty MacColl on vocals was the most-played song across 50 regional U.K radio stations during the festive season last year.

However, the controversy surrounding the song's lyrics has once again hit the headlines, after BBC radio presenter Alex Dyke blasted the track as a "nasty, nasty song.”

He said he was "no longer comfortable" giving airtime to the song, describing it at one point as "an offensive pile of downmarket chav bilge.”

Pogues legend MacGowan hit back in a statement at accusations of homophobia, defending the song's more controversial lyrics and words like “faggot.”

"The word was used by the character because it fitted with the way she would speak and with her character.  She is not supposed to be a nice person or even a wholesome person.  She is a woman of a certain generation at a certain time in history and she is down on her luck and desperate,” he said.

Read more: Everything you need to know about the Shane MacGowan movie

MacGowan, who co-wrote the song, has previously told how the hit's down-and-out characters were based on himself.

In case, you didn't know the offending Fairy Tale of New York lyrics:

You're a bum
You're a punk
You're an old slut on junk
Lying there almost dead on a drip in that bed
You scumbag, you maggot
You cheap lousy faggot
Happy Christmas your arse
I pray God it's our last

And lastly here's the official video for Fairy Tale of New York:

What do you think? Should Shane feel the need to defend the much-debated Christmas tune? Let us know where you stand in the comment section below.