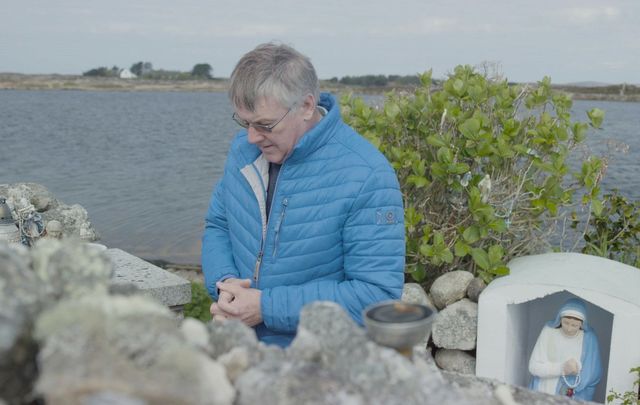 The seventh son of a seventh son… A person whose father died before they were born… A woman whose parents had the same surname before they were married… There are many a reason why the gift of healing can be bestowed on someone in the Irish faith healing tradition.

Broadcaster Máirtín Tom Sheáinín journeys the highways and biways of Ireland in new documentary Cneasaithe in search of this most hidden phenomenon, and wonders how active they are in today’s Ireland.

In this travelogue, Máirtín brings us on a mystical journey that explores how the healer was both revered and feared in times gone past. He explores stories of healing from holy wells – people who have been cured of burns, warts, corns, and bleeding and he meets some of those who have this gift of healing. He also encounters the skeptics who see this healing as nothing more than an elaborate placebo effect.

On his journey, Máirtín explores the archives for films about bone-setters and he also encounters the famous bone-setter Dan O’Neill. Dan’s horse Danoli was a household name in the 90s, and was kept fit for the track by Dan’s instinctive bone-setting.

Having explored stories of chancers and miracle workers, after meeting with skeptics, historians and bone-setters, Máirtín muses over his encounters and draws his own conclusions as to the power and indeed veracity of these faith healers. There are more things in heaven and earth.

Cneasaithe is produced by Tua Films for TG4 and will air on TG4 on Wednesday 28th September at 9:30pm and will be available to watch worldwide on the TG4 Player.