Sarah Jessica Parker showcases Irish tweed in “And Just Like That”

SJP gave a huge boost to a family-run Donegal brand, Triona, by wearing one of their coats for the HBO series, which she purchased while visiting her Irish summer home. 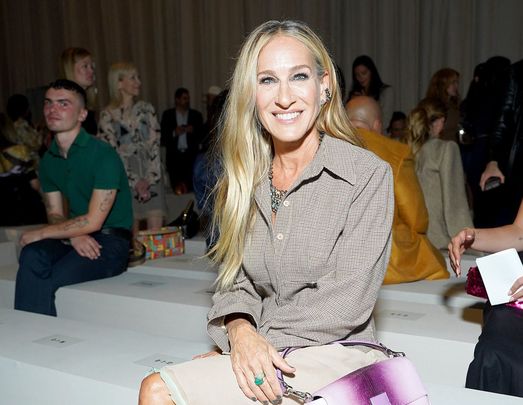 Carrie Bradshaw – a/k/a Sarah Jessica Parker – was wearing a black tweed overcoat made in Co. Donegal while recently shooting the HBO Max series "And Just Like That" on the streets of New York, and sure enough, the garment got lots of attention after the tabloids published pix.

The coat was made by Triona Design and purchased by SJP herself for €575 when she visited Donegal in the summer.   She and her family – husband Matthew Broderick and their three kids – own a holiday home in Kilcar and spend time there every year, with no fuss from the locals.

Naturally, the folks at Triona were thrilled to see one of the world’s most famous fashion icons wearing their coat while shooting the sequel to the beloved "Sex and the City."

“At the time, we only had a few samples of the coat made, so she is the owner of one of the first Faye Coats!” Emma Quinn from Triona Design told Irish Country Magazine.

“She had mentioned to us that she looked forward to making good use out of it during the winter – we had assumed she meant for the cold New York days but perhaps she had something more specific in mind at the time!

“We had no idea that SJP had been seen wearing one of our coats until we were contacted to enquire if that was one of our designs. We then found the photographs of Sarah wearing the Faye coat on the 'And Just Like That' wardrobe page. We are so grateful to her for helping to put a small family-run Irish brand on such an iconic platform.”

“They have visited the store a couple of times over the years and have also been to our factory store in Ardara as they holiday in the Donegal countryside,” she said.

“Sarah Jessica has always been a great supporter of local Donegal brands and businesses and spoke of her love and appreciation for the escapism they experience in Donegal.”