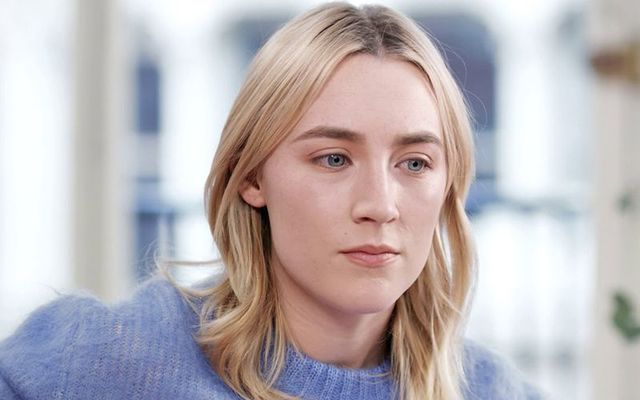 This campaign came in for some slack when it was first released earlier this summer with objectors claiming the company are jumping on women's causes to try and find a new audience.

“With this fragrance, we wanted to put the concept of plurality center stage. The campaign is an exploration of femininity — a group of women bonded by a common thread; the desire to have the power to create their own identity, and to support and lead the way for those that come after them," Raf Simons, Calvin Klein's chief creative officer said in a statement.

What do you make of it?

Also released ahead of the perfume’s launch this fall is a print campaign which features portraits of Nyong'o and Ronan in color alongside black-and-white photos of well-known women who have inspired them. Nyong'o's is positioned alongside portraits of Eartha Kitt and Katharine Hepburn, while Ronan's is next to Sissy Spacek and Nina Simone.

This was the original announcement...

And now the official video has landed.

What do you think? Are Calvin Klein moving in the right direction or does it all just ring a little insincere for you? The Irish Studio office is divided on this one!

Read more: An Irish explosion in writing, acting, theater, and film is about to drop

* This article was originally published on our sister publication's website, U Magazine.