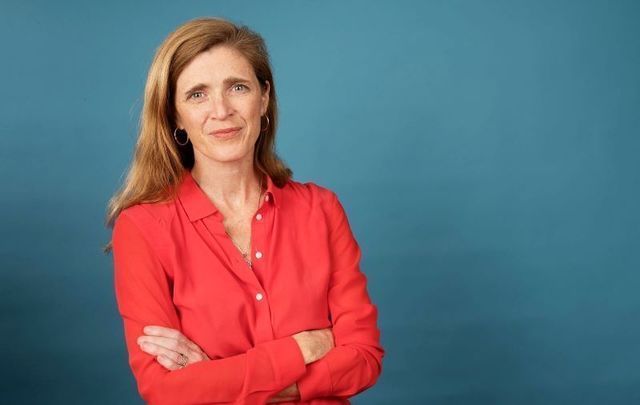 Former US Ambassador to the UN Samantha Power reveals her Irish roots run deep with her castaway picks on BBC’s Desert Island Discs.

Desert Island Discs is a BBC Radio 4 show in which host Lauren Laverne asks guests to reveal what eight songs they would take with them if they were to be trapped on a desert island.

Power, who has recently been chosen by President Biden to run the U.S. Agency for International Development, was born to Irish parents in London in 1970. She spent her early years in Dublin but moved to the US with her mother and brother after her parents separated when she was nine years old, the Irish Examiner reports.

The Irish American diplomat dedicated her first song choice, "Dancing Queen" by ABBA, to her mother Vera, who is from Cork.

“This is a song that just reminds me so much of my beloved mother who grew up in Cork City, the daughter of a policeman. She longed to become a doctor when she was a kid and was deterred from pursuing medicine because she was a girl. But in her mid-twenties went back and got her medical degree. Talk about intense. But amid that intensity [there is] just this joy, this desire to dance,” Power told Laverne.

Power’s father, Jim Power, was a Dublin dentist who passed away when she was 14 years old. Having moved to the US with her mother, Power hadn’t seen her father in five years when he died and was unable to attend the funeral.

She chose Cat Stevens’ “Morning Has Broken” as her next disc choose, saying she had fond memories of watching her father play the piano as a child. This was also the song she walked down the aisle to at her wedding in Waterville, Co Kerry.

Another disc choice was “Thousands Are Sailing” by her favorite band, The Pogues.

“It's a song about immigration, coming across that big Atlantic ocean, the hardship of coming to a new land, a longing for what you've left behind, and the determination to dance,” she said.

For her book choice, she chose her Colm Tóbín’s "The Irish Times Book of Favourite Irish Poems."